The Samsung Galaxy S5's camera has a wider field of view (FoV) than that of the LG G3, as it defaults to its 16:9 sensor. The G3 photos come out slightly taller than those of the S5, but it's only by about 130 pixels. The resolved detail is higher on the Galaxy S5 and this results in crisper images. There is a very faint trace of corner softness on the S5, while the G3 has perfect edge-to-edge sharpness.

Both devices use some sort of noise suppression, but both are finely tuned as to not affect the image in a negative way (oil-paint effect). Up close, the level of detail is very similar, while the S5 is helped by its larger sensor when shooting medium to long distance objects.

Color-wise, the two cameras are very accurate, although when looking at side-by-side samples, the S5 has a slightly more neutral color tone that we liked better than the LG's warmer tint. The S5 samples looked the more natural of the two.

The resolved dynamic range was slightly in the favor of the LG G3, but contrast goes in favor of the S5. In both cases the differences between the two are minimal.

This crop has the three primary colors visible - Red, Blue and Green. Neither phone is exactly spot on with the rendering - the contrast is a bit too much in both cases. 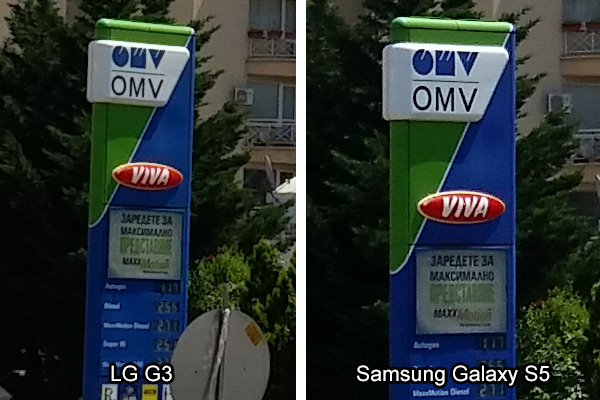 Here we see the superior resolved detail of the Galaxy S5, particularly in the foliage. The colors are also sharper and more pronounced on the S5, but there are also sharpening halos - on the stairwell and on the gray roof - something that the G3 doesn't have. Here are some full res samples, if you feel like performing your own comparisons.

When it comes to HDR, both devices tell a much better story. Any problems with dynamic range are all but gone, and you get some very high quality shots with little to no drawbacks. Shooting speed is perhaps the biggest downside on the G3, as it takes significantly more time between shots. The S5 doesn't have such issues. 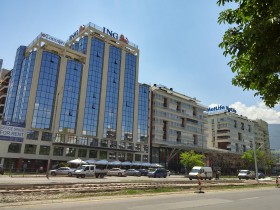 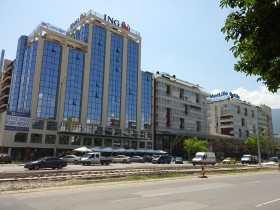 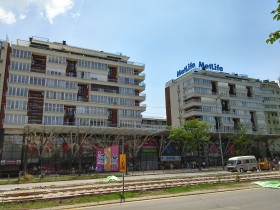 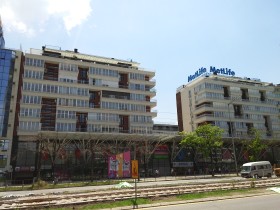 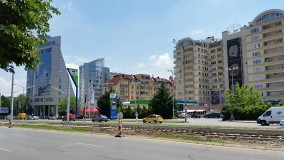 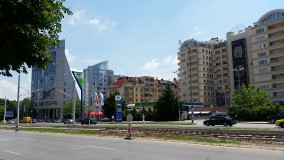 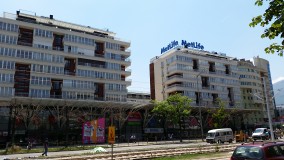 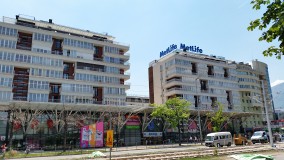 We moved to our dark room to try the low-light performance of both phones. The two phones have similar cameras, although the Galaxy S5 should enjoy slightly better performance with a wider f/2.2 aperture and larger 1/2.5" sensor, while the LG G3 has a regular f/2.4 lens and 1/3" sensor.

The first test is with the flash off. The camera samples of both shooters have clear traces of camera shake. The Samsung Galaxy S5 photo was taken at 1/33s shutter speed and the color temperature leans towards red. The LG G3 chose to shoot at 1/20s and looks just about the same, except with a more natural white balance. The OIS doesn't seem to bring an extra benefit in terms of camera shake. 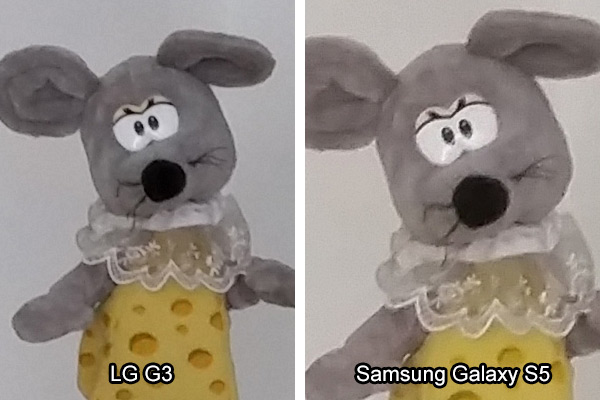 Next, we enabled the LED flashes (which only work at relatively short distances) and took more photos. The Galaxy S5 retained its shutter speed but dropped the ISO to half, eliminating the handshake and capturing a good deal of detail. The white balance is still noticeably skewed towards the reds. 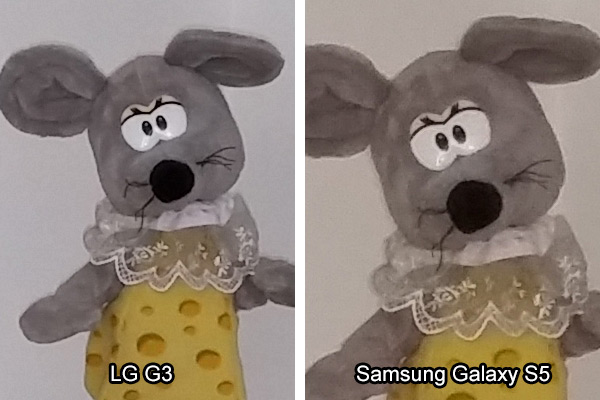 The LG G3 features a dual-tone flash and produced more natural looking flash images than the Galaxy S5. It dropped the shutter speed slightly to 1/25s, and retained its accurate white balance. 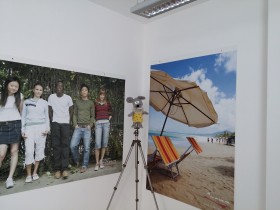 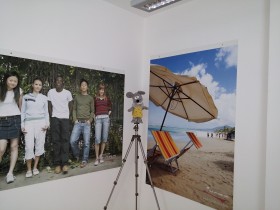 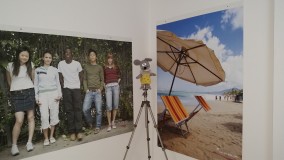 Also, check out our Photo comparison tool that pits the two phones against each other, or any other device in our extensive database.

The Samsung Galaxy S5 lets you create Virtual tours (though you might be better off just shooting video) and packs a bundle of effects in Shot & more (removing moving objects, cloning them and so on).

LG has done away with many of its identical extras in favor of a simpler interface. It does have the nifty magic focus feature, that lets you choose an object to focus on after you take the picture. It requires some setup and a steady hand, however.

Winner: Samsung Galaxy S5. Although not by much, the daylight shots were superior. Even though it doesn't do as well under low lighting conditions, it has good enough performance under good lighting to earn a recommendation, and the plethora of shooting modes doesn't hurt either.