LG G3 will begin receiving update to Android 5.0 Lollipop this week. The Korean manufacturer announced its OS upgrade plans shortly after an Android 5.0 ROM for its flagship leaked out. 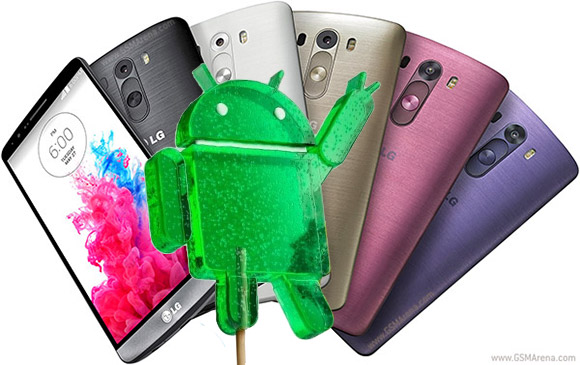 The rollout of Android 5.0 to the handset will begin in Poland. More key markets will follow shortly.

The Korean giant is the first major smartphone manufacturer to deliver the latest Android build to its halo smartphone. LG will subsequently announce Android 5.0 upgrade schedule for the rest of its lineup of mobile devices.

As expected, Android 5.0 Lollipop will bring a host of improvements to the LG G3. They include new UI design language, new security features, as well as a brand new Android ART runtime.

is this releasing in india ... please answer me.. ill be waiting for your replay..

how long it shall take for Lolipop ? :/

The G3 has no blotware, you have an option to download and install. Other then that it's just the apps you choose to have in your phone from the playstore. G3 is the cleanest blotfree phone I've used since LG Optimus 5 II. Even that phone was great...