LG G4 is official, strong on design and photography features

LG just unveiled its next generation flagship - the G4. The highly anticipated smartphone was announced at dedicated events, held simultaneously in London and New York. 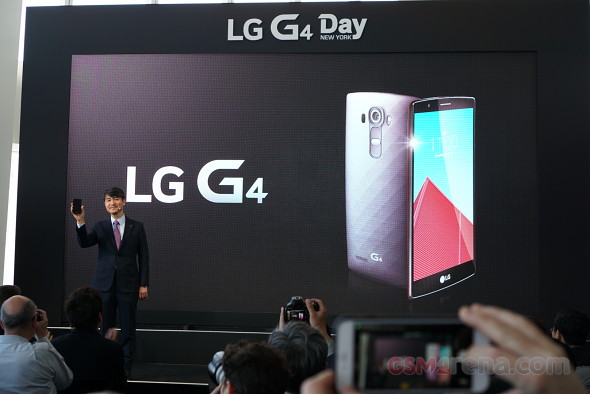 LG focused on three main areas in its presentation – design, display and camera. The genuine leather back which was the headline feature in numerous leaks is indeed the key styling element. LG is proud to have employed vegetable tanning, which is typical of the luxury leather industry and only 10% of leather goods are processed this way. 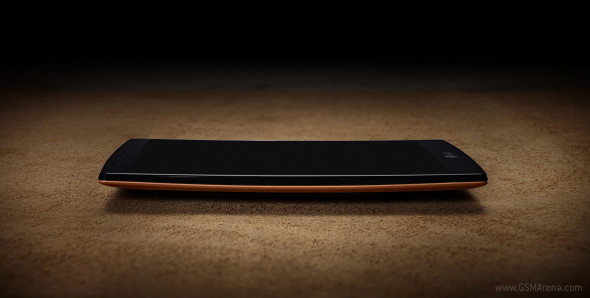 Not all G4s will ship with a leather back though, and the removable plastic cover will come with a hammered pattern in either ceramic white or metallic gray. Each one will be curved though, albeit only slightly, with a 3000mm radius. The company claims that the gentle curve results in better handling and a 20% increase in rigidity. 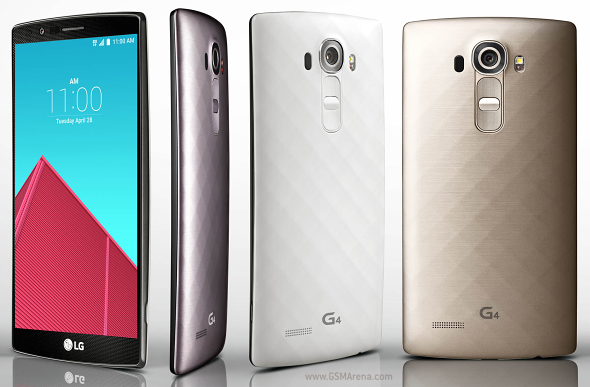 The LG G4 packs a 5.5-inch display of QHD resolution. LG has opted for a Quantum LCD panel, which is said to deliver outstanding color accuracy. LG claims the new display boasts 20% wider color reproduction, 25% improvement in brightness and 50% higher contrast than the G3.

The new flagship is powered by the Qualcomm Snapdragon 808, a notch below the 810 top dog. It’s a 64-bit chipset and packs a hexa-core processor in a dual-core Cortex-A57 and quad-core Cortex-A53 arrangement. LG claims that it has worked closely with Qualcomm in customizing the SoC and has achieved a level of performance higher than the Exynos 7420 in daily tasks. 3GB of RAM and 32GB of storage are on board, and expansion via microSD is possible.

The smartphone boots Android 5.1 Lollipop out of the box with the company’s latest UX 4.0 overlay. LG is keen to point out that UI has been stripped of bloatware and one such example is the use of Chrome as the sole browser in most markets.

The camera of the G4 took center stage in the announcement, and it has all the merits to deserve it. It utilizes a 16MP sensor with a 1/2.6” diagonal, which sits behind a bright f1.8 lens. This means an 11% increase in gathered light over the f1.9 lens in the Samsung Galaxy S6.

The G4 also comes with optical image stabilization which works over three axes, as opposed to the already capable two-axis system on the G3. Additionally, the OIS system is now able to compensate movements up to two degrees in range, compared to the predecessor's single degree. 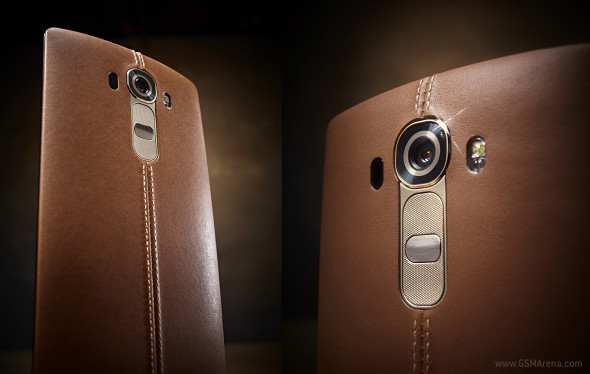 The camera app offers a lot of advanced features including high ISO settings, live histogram and manual shutter speed, and is capable of recording RAW images. The G4 is able to shoot panoramas up to a whopping 104MP, compared to the Galaxy S6 which is capped at 60MP. The main camera is complemented by an 8MP front unit and both are capable of shooting 2160p video.

The LG G4 comes with support for wireless charging, but a dedicated back cover will need to be purchased to use it. Otherwise, the supplied 1.8A charger must be used to fill up the 3,000mAh cell. Power users will be happy to know that the battery is user-replaceable, too.

The G4 will be available on its home Korean market starting tomorrow, but the rest of the world will need to wait a bit more. Pricing is yet to be detailed too.

Good, it's look like curver screen. The design with 4 curver conner and attacitve

Hmm it looks like the note 4 is better than the g4.

I admit the benchmarks for g4 are way behind to that of s6. However, I have personally used the camera and it outstrips even the note 4's camera (which btw, had the best camera till date, until iphone 6 came along). Benchmarks dont make a dent in day...