LG G4 takes the manufacturer's smartphone game up a notch. In addition to being the hardware powerhouse we've come to expect from an LG flagship smartphone, the gently curved device adds a touch of bona fide luxury to its arsenal via optional genuine leather back covers. 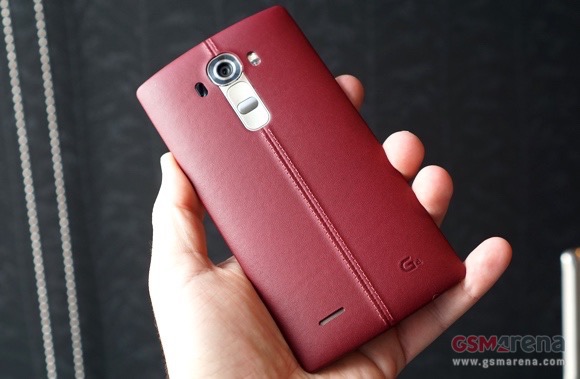 With LG G4, the Korean giant has focused on three key aspects - design, display, and camera, and the last two could as well be the best available on a smartphone at the moment. The 5.5" Quantum IPS has pro-grade color accuracy, while the 16MP f/1.8 camera offers an array of manual controls to take photography to the next level.

In a bid to stay away from the controversial Snapdragon 810 chipset, LG has instead chosen to use the Snapdragon 808. This chipset was announced along with the Snapdragon 810 as its more affordable alternative. Instead of a total of 8 cores, it comes with only 6. The choice of chipset, the only slight curvature and the lack of a self-healing will certainly put under strain the sibling relations as in some respects the recently released LG G Flex2 is even better equipped than the flagship.

At a quick glance, the LG G4 shapes up to be a dream come true for Android power users. Its removable battery and memory card slot are a rare sight in a flagship smartphone these days - most major players in the field have skipped one of the two, or both features altogether.

Developed in-house by LG, the 16MP main camera and the 5.5" QHD Quantum IPS display of the G4 are poised to take on the heavyweights in the segment. Android 5.1 Lollipop out of the box on the other hand, is pleasant surprise - the build is reserved mostly for Nexus hardware for the time being.

Most importantly, LG has spent a great deal of time boosting the luxury appeal of its flagship smartphone. The leather backs feel as great as they look, so it will certainly draw the interest of a whole new crowd of potential customers. 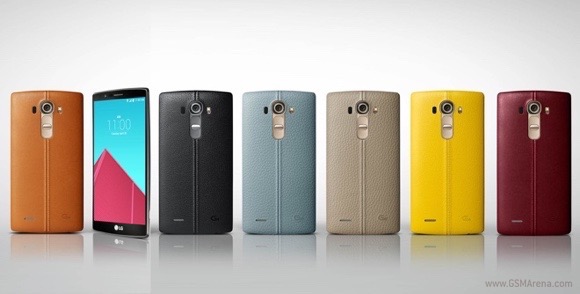 Qualcomm Snapdragon 808 is the biggest question mark in the LG G4 - it's not clear whether the six-core chipset delivers the right tradeoff between performance and heating and early benchmarks show it certainly doesn't deliver top-tier flagship performance.

Following next is an unboxing of the LG G4, followed later by a closer look at its design and build quality.

Have anyone owned LG G4 model 815? had any issues since the day you bought it? need to know ASAP. considering to buy one :)

Nah I still prefer my Note 4 as a phone and tablet it's nothing fancy like that, it's just a waste of time but with new optional cover so, yeah it's nothing.