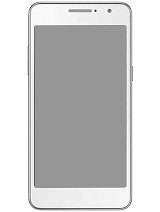 Lgs logo is an eye sore!pls change it lg. The icons too. Lastly the style of the phone i like the g3s design more. G4 kinda looks like lg g flex 2. Put metal design and pls if its white. Put a white front panel not just the back.

It seems my next phone will be it...

Id really like to have my hands on this!

I have the LG G2, NEXU5, G3 & G4 and will probably get the NEXUS5 2015 edition I will also get the LG G4 Pro also, really Samsung now really is Apple Lite and HTC well HTC can kiss my rear end, everything else fails also, LG are making Android the way it was meant to be.

I hope for a removabale battery - otherwise a no buy for me.

AnonD-433973, 26 Aug 2015I had the note 1,2,3 and 4. I used to laugh at my friends when they asked me with a straight ... moreI am waiting for the gs6 when I heard that no expandable memory i just upgraded my gs4 to lg g4 really awesome device I love it and waiting for this to upgrade my lg g pro have a nice day

There's strong rumors either this or the LG Nexus 5 has a metal back and that probably means no removable battery and that would mean no sale for me.

[deleted post]comes at CES 2016, will s820 with 4GB of RAM, cameras were taken from G4 models. also, LG is working on OLED display of 5.5 inch 2560 * 1440 reolution with vrgb technology will have 4 colors. instead of 3 colors on current OLED displays, for the next G5 model, are also working on a new nuclun 2 processor, and the new camera of 21 mps with f1.6. I am from Korea, your sites write semi inaccurate news

I had the note 1,2,3 and 4.
I used to laugh at my friends when they asked me with a straight face: "iPhone or Samsung?" Now i'm not so sure anymore. Note 5 seems to focus at iPhone fans, leaving those who paid for their commercial success in the past to eat dust.

If the rumors are to be true LG, smash the note 5. You'll be adding one more ex-Sammy customer to your list!
If this phone LESS RAM or processing speed than the note 5. I'll be knocking sammy's door down ;)

The note's stylus never struck me as a must have, just handy once or twice a MONTH. Now with the recent changes, the note 5 is like the new iPhone to me, good but unacceptably limited and expensive at the same time. At least the iPhone stays true to its customers!

Digitizer stylus would make it sweet

Love the specs and everything, but hoping for a good price !

Damn! I think only the regular LG G4 is available with the providers in Canada... guess I'd better start saving up my pennies to buy an unlocked one outright (got another year-and-a-half on my current contract - should just make it!)...

AnonD-433249, 24 Aug 2015This will be the Note5 killer if it has a Stylus. Hopefully these features too. Fingerprint r... moreIf these specs are about right I'll be upgrading from the Note 4 and never looking back at Samsung

I can't wait to get my hands on this beast.