Let's give the Galaxy S6 a chance to earn back some points on the dynamic range front and enable HDR. Both phones have Auto HDR modes so you can leave it always on and not worry about it. The effect on both phones works with a very light touch, focusing on rescuing some shadows.

The Samsung Galaxy S6 pulls it off better, bringing in more detail. The LG G4 is far from stitching the multiple frames perfectly, which softens the image and can cause some artifacts. 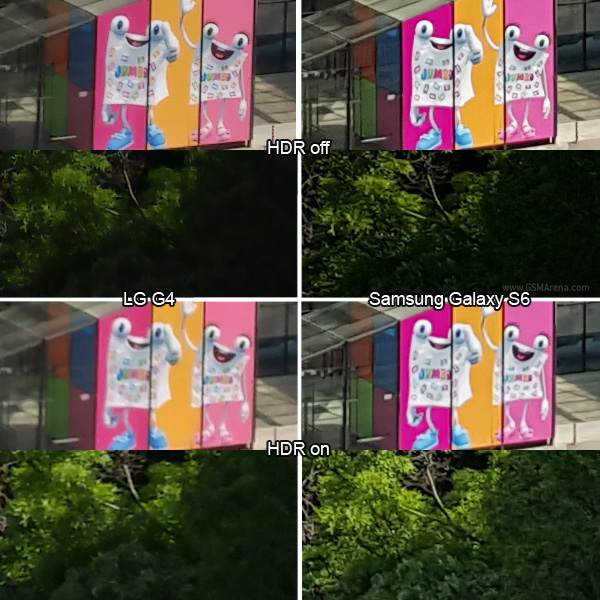 You can see the artifacts in the balcony railing on the white buildings.

Winner: Samsung Galaxy S6. It brought out more detail in the shadows while introducing less artifacts in the photo.

This is something else LG can improve on with a software update, the G4 is working with the better dynamic range to begin with.

Another big improvement in the LG camera software, beside manual mode, is the panorama. The LG G4 can shoot panos up to a whopping 104MP. Those have a vertical resolution of about 5,000px, depending on how steady you hold the phone.

LG G4's dynamic range is very important here since panoramas are so wide they always capture well-lit and shadowy areas. The Galaxy S6 panorama looks sharper at 100% magnification (the G4 mangles foliage again), but the sheer number of pixels in LG G4 panoramas allow it to capture noticeably more detail.

Stitching issues on both phones are mostly minor, though the G4 panorama has a problem area on the left (we have two shots with a very similar defect). 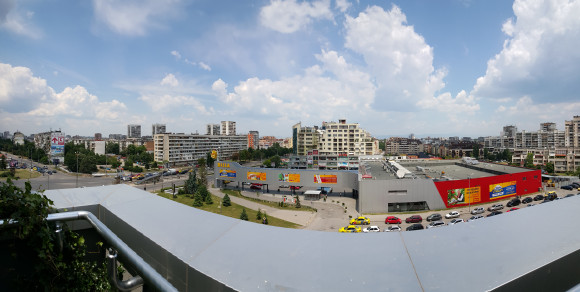 Winner: LG G4. Despite the stitching issue, the panorama turned out stunning. We could zoom in on various part of the image and enjoy the wealth of detail.

The Samsung Galaxy S6 is down on resolution, but the superior image processing is pretty evident in foliage and other fine detail.

The selfie cameras on these phones are better than the main shooters of some lower-end phones so we had to try them out. As we mentioned earlier, both take 4:3 photos and the LG G4 has a resolution advantage - 8MP vs. 5MP.

We took these photos from the same distance, it's easy to spot the wider field of view of the Samsung Galaxy S6. It can push this advantage further with the Wide selfie mode, which stitches three images (something like a panorama).

Both phones mess up the white balance with a slight reddish tint, but the S6 is further off the mark. The resolution advantage allows the LG G4 to capture more detail, though the noise reduction takes away some from fine detail (like the fur).

Winner: LG G4. The higher resolution captures more detail, which is most important for quick selfies. There's also a hand gesture that lets you snap a selfie without reaching for the key.

The Galaxy S6 can capture you and your friends (a groupie), especially with the Wide selfie mode.