One would assume that when you're fitting Qualcomm's latest and greatest chipset in a smartphone, you'd want to be making good use of all of its advantages over the competition. One would be wrong, apparently.

Samsung's top-end offerings this year, the Galaxy S7 and S7 edge, only support QuickCharge 2.0, and not the third iteration of Qualcom's fast charging tech, optional on the Snapdragon 820. The LG G5, on the other hand, is QuickCharge 3.0-capable. 3.0 should be up to 45% more efficient than 2.0, Qualcomm's product info states, and while it can work with USB Type-C ports, implementation with the older microUSB connectors is still possible.

Why doesn't the S7 support it then, we're asking ourselves, and one potential reason is that the coexistence of Snapdragon and Exynos powered S7's calls for a unification of charging standards and the Exynos 8890 is not fully compliant with Qualcomm's specifications. 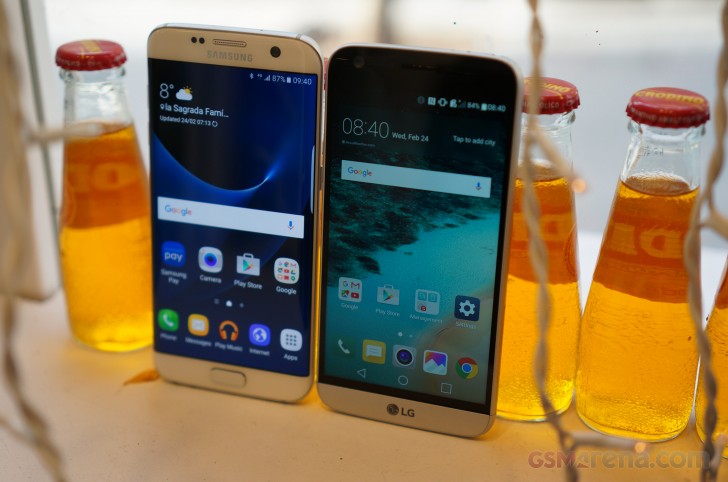 On the other hand, the lack of a QuickCharge 3.0 badge on Samsung's phones doesn't necessarily mean that the S7 and S7 edge won't charge equally fast - after all, the Koreans have had a similar (and compatible) solution to Qualcomm's for past generations of Exynos-powered devices, and chargers have been interchangeable between the differently specced versions.

Still, this makes for a nice argument for the LG side in the G5 vs. S7 battery debate, alongside the fact that the G5's power pack is removable, while the Galaxies have their cells sealed in. Samsung camp can counter with higher capacities and wireless charging (fast wireless too) and we can picture the ongoing forum quarrels lasting for a while. A word from Samsung on the matter would also help in understanding what exactly is the case.

They havent used mini usb since before the epic touch

Then you´re in for a pretty niché market cause in some time all phones will have sealed batteries. Enjoy your half functioning phone BUT thank god they have a removable battery :)