LG G5 up for pre-order at BestBuy starting March 18

Pre-orders of the Samsung Galaxy S7/S7 edge have already shipped, and the smartphones are also available for immediate purchase now, but the LG G5 is still nowhere to be found. A step in the right direction will be made on March 18, in the US at least, when BestBuy will start accepting pre-orders. 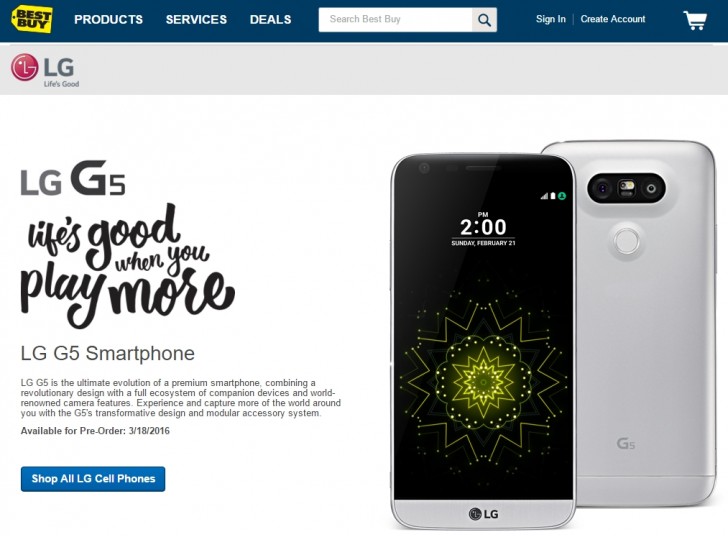 In all fairness, the date and retailer have been known since day 1, but now a landing page has cropped up on BestBuy's website confirming the initial announcement. That said, there's still no official word on actual availability, but April 8 has been sort of confirmed for the UK and Canada, so the US should be getting it around that time, though rumors of an April 1 launch have been heard.

One thing's for sure, however, the G5 will ship with an extra battery and a charging cradle, to better make use of that modular design. The rest of the G5's friends you'll have to buy separately, though.

Earlier this month, the Best Buy site said pre-orders March 18, Available April 1. That disappeared quickly but I am hoping that it is still true and was not just a place-holder.

u daid it buyers choice and sammy is yuour brand choice .. mine is lg .. for me it bring true innovation to a phone.... back of the phone with that wide angle takes amazing pictures capturing thing that couldnt before due to field of view limitation...