Another installment in giving you what we have on the LG G6 as soon as we have it series is here, and it's a hot topic - battery life.

Mind you, we've done our testing on a pre-production G6 unit running early firmware. The results from the final firmware may differ from the ones posted here.

Anyway, all this is to preface that we expected better battery life from the G6 than what we got out of the G5 and V20, neither of which were particularly impressive. As it turned out, we had predicted correctly. 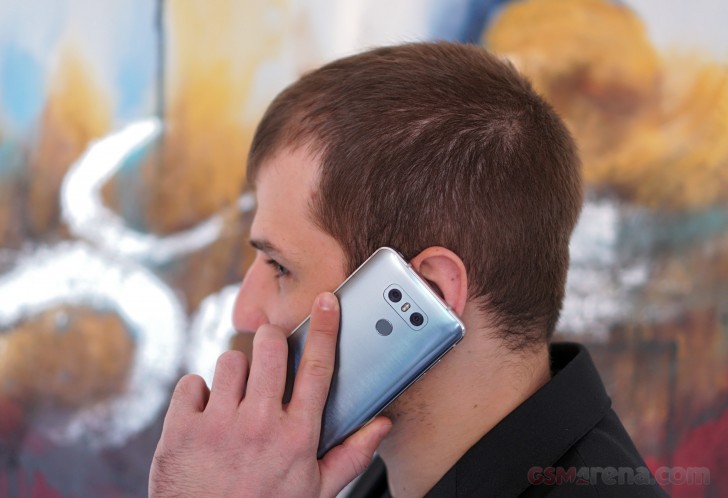 The G6 is good for 22 and a half hours of voice calls on a single charge in our testing environment - 5 more than the G5, and 3 more than the V20. In both comparisons the endurance is actually better on the G6 than the proportional increase in capacity - so great, then.

The G6 also manages to outlast its two siblings by an hour in Wi-Fi web browsing - 8:31h for the new flagship vs. 7:35h for both the G5 and the V20. It's not a tiny improvement, but it's not amazing either - the Pixel XL can keep reloading web pages for another hour after the G6 has quit, and the Galaxy S7 edge's time in this test is 10:35h (though, for rather obvious reasons, we don't have the numbers for the S8). The OnePlus 3T is close to the G6 in this test - 8:43h.

In video playback the G6 will last a whopping 6 minutes more than the G5. Seriously, though, 10 and half hours is a pretty good number, especially when you put it up next to the V20's 8 hours. The Pixel XL can do 11:09h, which is like an episode more, so not that big of a deal. The OnePlus 3T's 13:23h time does mean significantly better binge-watching capabilities, but the champ remains the Galaxy S7 edge, which lasted over 15 hours of looping videos, and that's after Nougat sliced a large chunk off its surreal Marshmallow stamina.

Dialing in those numbers in our formula produces a 72h overall Endurance rating with the always on display turned off. Switch on the feature and you're looking at a lower number, because stand-by consumption gets higher (duh) and it is included in the calcs even if it doesn't get a field in the score card.

However, and we've always tried to point that out, the effect of the always on display consumption can vary wildly depending on usage - it's one thing if the phone is held in your pocket (where it will eventually turn off the display altogether), it's completely different if it stays on the table in front of you, and the ambient lighting is strong enough that it needs to crank up the brightness higher. Which, as it happens, is also a setting in the always on display menu - you can actually tell the phone to keep the always on feature brighter. Additionally, you are much more likely to deplete your battery from actually using your phone than from the always on feature.

Hello I currently thinking of buying a G6 since it is really cheap now. My only concern is the battery life. I've read so many comments and posts which where all a bit controversial. Could somebody give me an honest opinion regarding the battery life...

I know its not the production model but it seems like 18% battery increase is what you get overall. Not sold on G6 completely just yet. Will wait on S8 battery life.Ughs.