LG G7 One gets Android 10 update

Late last month, LG rolled out the update to Android 10 for the G8 ThinQ, at least in its home country of South Korea. And now it's time for another update to hit an LG phone, though this time it's in North America and the device in question is the G7 One.

This model launched in 2018 as part of the Android One program (implied by the name), and with that in mind it's pretty unsurprising that it would be among the first LG handsets to be graced with the latest iteration of the OS. It's perhaps a bit puzzling why it took this long - as Android One devices run a build that's very close to what Google itself ships on Pixels. 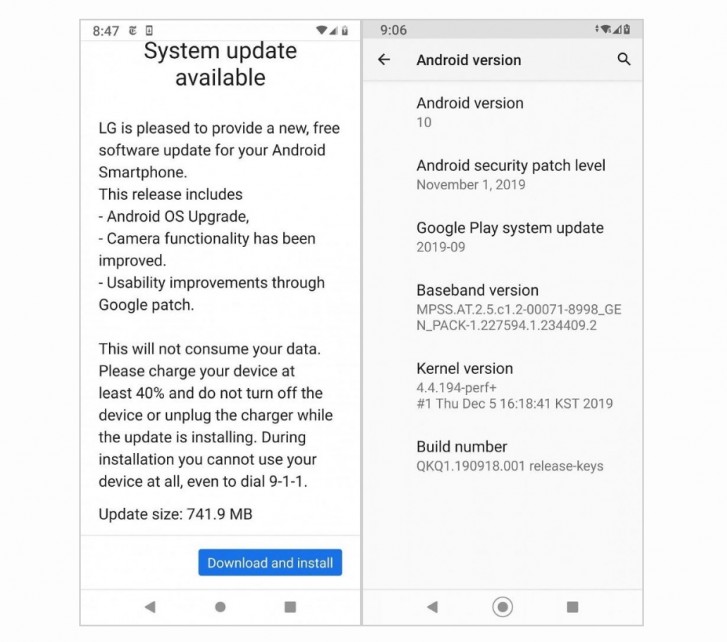 Anyway, the Android 10 update is now rolling out to G7 One units in Canada, as a 741MB over-the-air download. Aside from the new OS version (and everything this entails), you'll also get improved camera functionality, as well as usability improvements. After installation, you'll have the November 1, 2019 security patch level, which isn't current anymore, but close enough.

Hopefully this means the G7 One will soon get the Android 10 update in more locales, to be followed by other LG phones as well.

How about the LG G7 Thinq?

Have the LG G6+ Thinq 128Gb, ​​and still no update. Qualitatively it's a good device for me but never again an LG.