LG G7 ThinQ gets priced in the EU and UK, won't make it to AT&T

LG took the wraps off the G7 ThinQ yesterday. In the meantime we've heard that it's headed to Verizon, T-Mobile, and Sprint in the US. Verizon and Sprint will start taking pre-orders on May 24 and May 25, respectively.

If you're with AT&T and would have liked to buy a G7 from that carrier, here's some bad news: it has no plans to sell the handset. However, AT&T says it will offer an exclusive LG smartphone "this summer". Whether that's going to be the rumored V35 ThinQ or not remains to be seen. 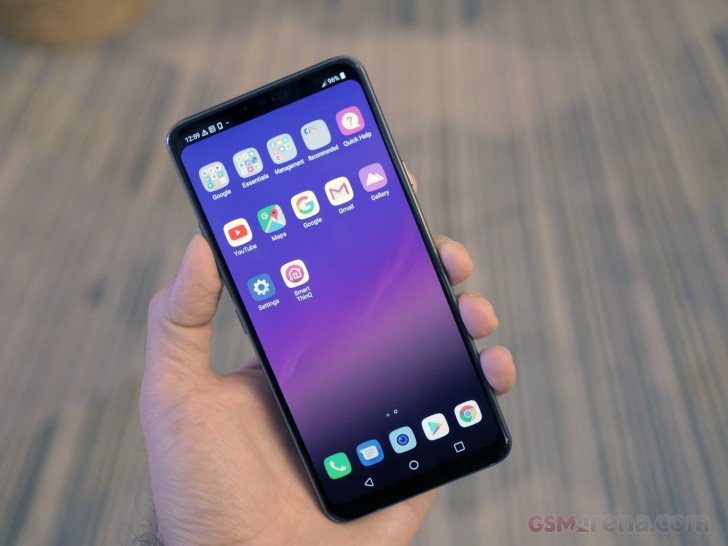 Across the pond in Europe, Belsimpel, a big retailer in the Netherlands has listed the G7 for €849 SIM-free. You can pre-order now with delivery in around four weeks.

In the UK, Clove has started taking pre-orders for the G7, pricing it at £649. That currently translates into €736, so we're not sure what the deal is here. Maybe one of these prices isn't final yet, since we don't remember when we've last seen such a huge difference between the UK and continental Europe. Anyway, expect the G7 to be released in the UK by the end of May.

At that price why not buying the original notch? This will be $350 by Black Friday

Yeah. They're becoming a luxury. It's ridiculous. I'm sticking to my s8+ until it breaks for now..

I like the phone design, and the features stack up. But, I'd prefer the V35 version. Just having a bigger battery makes it a way mote compelling purchase.