The display is protected with the most recent Gorilla Glass 6. 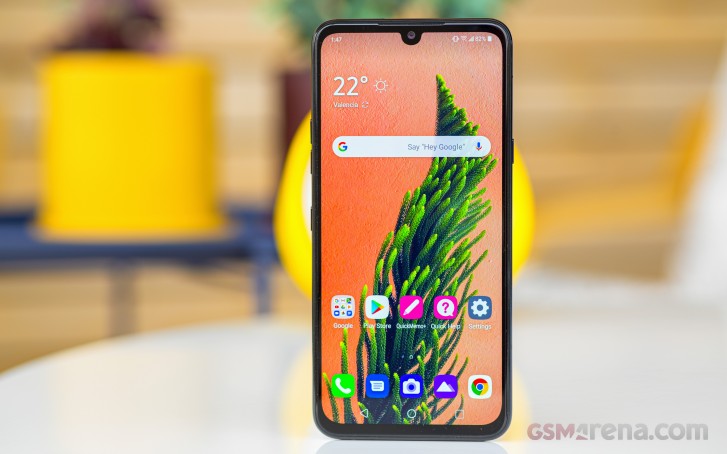 The OLED panel enjoys 100% DCI-P3 coverage and HDR10 support as long as you have access to HDR video content, of course. There is no word on Dolby Vision support, another something that seems to have gone since the G8.

Our screen measurements captured 330 nits of maximum brightness on the G8X main screen by using the brightness scrubber. It is not the brightest we've seen, not by a longshot. The good news is the screen almost doubles this in Auto mode, and it achieves 600 nits under bright sunlight, so outdoors legibility should not be an issue.

The screen on the Dual Screen case can either match the main screen brightness or be configured via its proprietary brightness scrubber. Its maximum output is 371 nits. 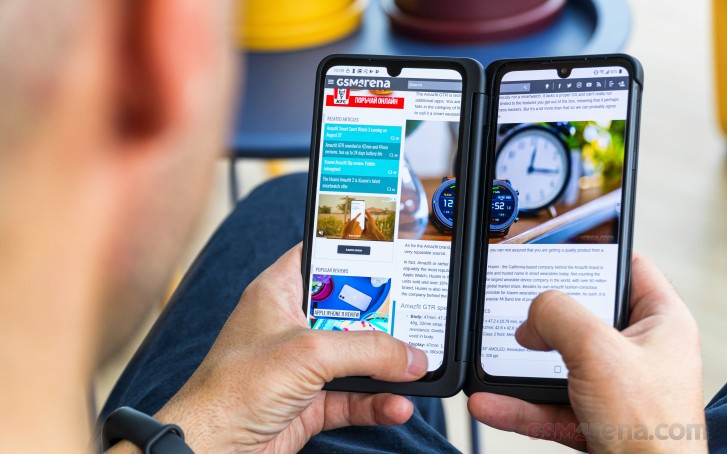 There is no Auto-Brightness option for the Dual Screen only. But even if it is set to match the main display and that one is on Auto, the maximum brightness is still 371 nits.

Speaking about matching screens - we found both screens to have an identical color presentation. Both panels offer an average deltaE of 3.6 when the Screen Color option is set on Auto. The whites are bluish (maximum deviation of 7.6), but other than that - we can say they are mostly accurate to the DCI-P3 color space.

If you opt for Cinema color, you'd get even more accurate screen(s) with an average deltaE of 2.1 and a maximum deviation of 3.8. This mode offers much more natural white and gray hues.

Anyway, with the supplied adapter you can replenish 33% of G8X's depleted battery in 30 mins.

We completed our battery test, and the LG G8X aced everything. It did fabulously on the onscreen tests clocking over 14 hours of web browsing and more than 18 hours of looped video playback. Adding the excellent 3G calls time and the frugal standby power draw, the G8X scored an overall endurance rating of 111 hours. 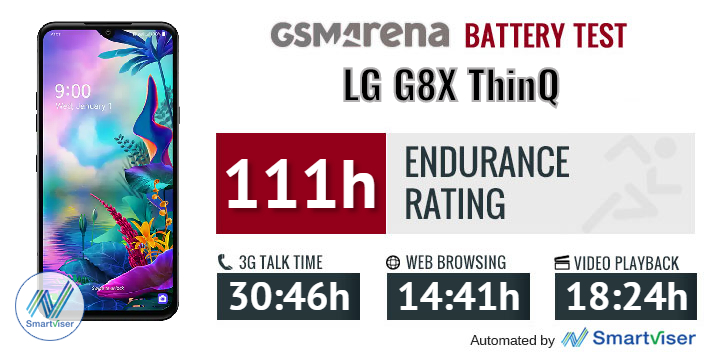 Our battery tests were automated thanks to SmartViser, using its viSerDevice app. The endurance rating above denotes how long a single battery charge will last you if you use the LG G8X ThinQ for an hour each of telephony, web browsing, and video playback daily. We've established this usage pattern so that our battery results are comparable across devices in the most common day-to-day tasks. The battery testing procedure is described in detail in case you're interested in the nitty-gritty. You can check out our complete battery test table, where you can see how all of the smartphones we've tested will compare under your own typical use.

LG's assessment that the DualScreen adds 20% to 30% to the battery draw and, assuming you won't be using it all of the time, the 4,000mAh battery should be enough for when you do want to use it.

The LG G8X ThinQ has two speakers for stereo sound - one is at the bottom of the phone, and the other is the earpiece. The loudness is very decent, and the G8X scored a Very Good mark in our test.

The output is quite different from the two speakers - the bottom offers mostly bass and mid-tones, while the earpiece is responsible for the high-pitch sounds. But it seems those two tweeters are positioned rather well and unless you cover one of them - you will enjoy a balanced and rich sound.

The LG G8X ThinQ delivered perfect sound output in both parts of our audio quality test through the jack. All of its scores were top-notch with an active amplifier and headphones caused basically no damage - weve seen higher stereo crosstalk readings from other phones without headphones than the G8X managed with.

The loudness wasnt quite as impressive - the G8X ThinQ was below average, which is somewhat disappointing for a flagship these days. Even enabling the QuadDAC option, which helped boost the loudness on the G8 ThinQ, didnt do much good this time around.