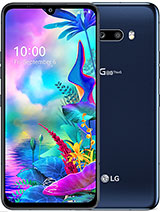 nico, 26 Apr 2021Received over the weekend an update to my G8X-DSC.... 8 months after last update. Still on An... moreLG is generally one update behind other top manufacturers. Expect Android 11 on LG G8X when Google pushes Android 12 to their Pixel lineup. This is what my experience says.

Am I gonna have to wait another 8 months to get Android 11 which LG promised will come for this model?

SushiMajesty, 24 Apr 2021May, I know which are the custom ROM you've tried on the LG v40? And what have you settle... moreI have the t-mobile V40 which I don't think could be unlocked for rooting and installing custom roms. I flashed several stock roms from oreo, pie, q and right now I'm on pie with the V405TA20n firmware. Because gcam works well on it and has a nice balance of performance and battery. But if you have any variant other than t-mobile, you can try lineageos. It's way better than LG's stock roms which horribly limit the power of the hardware, from the chipset to the DAC.

Hi All
i tried to charge the mobile when it's in the dual screen case from 9% to 100% , it took nearly 10 Hrs + to finish it using the magnetic charging connector that came with dual screen box !

Totally useless , wired charging via the usb c is better as it takes 2 Hrs and around 20 min to completely charge from 0 to 100 % - FYI

HiFi97, 24 Apr 2021I have read your comments about the V40 regarding its "horrible battery" and mention... moreMay, I know which are the custom ROM you've tried on the LG v40? And what have you settled with on your V40 at the moment?

HiFi97, 24 Apr 2021I have read your comments about the V40 regarding its "horrible battery" and mention... moreGood to know you are so happy with the phone. Enjoy!!!

RishiGuru, 23 Apr 2021Thanks for the info.I have read your comments about the V40 regarding its "horrible battery" and mentioning anandtech and gsmarena's tests.
Recently I bought a used V40 for $130 and using it as a wifi only phone, it reaches 9-10 SOT with light usages like web browsing. With heavy usages like gaming, it reaches 4-5 SOT.
And believe it or not, that standby time you see here is NOT real. I flashed several firmwares from various android versions available for the V40 and in every one of them, at first, there have been a really weird standby battery drain that quickly gets fixed after a while. Maybe less than a week. I think it's the system setting things up and making caches to optimize the phone. Now there's almost zero standby battery drain. So maybe those reviewers tested its battery when it was not optimized yet.
It's a wonderful phone for only $130. Display, audio, cameras, everything.

arunv1984, 20 Apr 2021It seems the firmware already got downloaded and after connecting the Dual Screen, it got upda... moreThanks for the info.

RishiGuru, 20 Apr 2021Yes, I also got the Dual Screen firmware upgrade on my LG G8X, but this FOTA download took pla... moreIt seems the firmware already got downloaded and after connecting the Dual Screen, it got updated quickly. The Dual Screen turned off after the update, that's the only clue it gave that it got updated. Like said in the YouTube video, need to check the main screen after call end unlock bug has been fixed or not, which I didn't do.

arunv1984, 19 Apr 2021Yes. Connected the dual screen and it showed a notification that the dual screen firmware will... moreYes, I also got the Dual Screen firmware upgrade on my LG G8X, but this FOTA download took place in background and never asked for a restart. I was wondering if the update at all took place. Is there any way to understand, if the update was successful or not?

RishiGuru, 19 Apr 2021Confirmed. Below is the FOTA change log: 1) Phone usability and functionality has been f... moreYes. Connected the dual screen and it showed a notification that the dual screen firmware will be updated. After confirmation, the firmware got updated too.

ethereal, 19 Apr 2021Received the update in India too. Downloading right now...The first thing I noticed is the revamped volume shade. My wife had this on her G8S from day one, though. Security patch was updated with March 2021 build. Looking for more...

Received the update in India too. Downloading right now...

After the FOTA update:

The LG FOTA servers seems to be super slow and data transfer speed was maybe capped at 200 kbps max. In contrast my Vivo, Honor, Nokia & iQOO phones download FOTA updates at 2 Mbps or even higher. LG India is providing us with bi-annual Android security patch upgrades for their flagship phones as my LG G8X had Sep, 2020 patch before.

Was there any Dual Screen firmware update?

Received an update today in Indian weighing around 350 MB and the Android security patch level is now 1 March 2021. Apart from that the update said it has made some improvements for the phone.

RishiGuru, 11 Apr 2021I am highly skeptical about their 3 Android update policy for some phones ... when the manufac... moreI totaly agree with you, I am pretty skeptical about it too.. Especially considering that LG released the first phone with Nougat (LG V20), only to be updated to Oreo. The korean version was updated to Pie, but that hardly makes a difference. So yeah, it's pretty hard to believe their promise now.. but let's hope for the best.

KondriX, 11 Apr 2021They said up to 3 updates for some phones, but I am not sure if the G8X is part of them. I gue... moreI am highly skeptical about their 3 Android update policy for some phones ... when the manufacturer is exiting the smartphone business.

LG phones should never be bought for corporate use... mainly because of their bi-annual or in some cases annual security patch update policy for flagships in my country ... I had to retire my LG V30+ just for that or it would have been blocked from my official network. Henceforth I am using a Chinese Vivo NEX S which provided bi-monthly updates and seems to be a better phone in my humble opinion.

There are reasons why many did not like LG flagships ... one being the software support. So now the news of providing three Android version upgrades while exiting the business is sounding quite absurd to me. May your words come true.

RishiGuru, 10 Apr 2021LG always followed the trend to provide 2 Android version upgrades to their flagship G & V... moreThey said up to 3 updates for some phones, but I am not sure if the G8X is part of them. I guess V60, Wing will receive 3 updates.