LG heard you like having extra screen real estate on your phone, so back at IFA last month it unveiled the G8X with the Dual Screen accessory. This Korean company definitely seems to think you'll settle for such a setup instead of going for a phone that has a foldable screen, and it will soon have the chance to prove that it's right.

That's because the LG G8X and LG Dual Screen are going on sale in the US starting on November 1. Major wireless providers and national retailers will offer them, including Amazon, AT&T, and Sprint. Pre-orders begin on Friday, October 25. The price for an unlocked LG G8X ThinQ bundled with the Dual Screen will be $699.99. 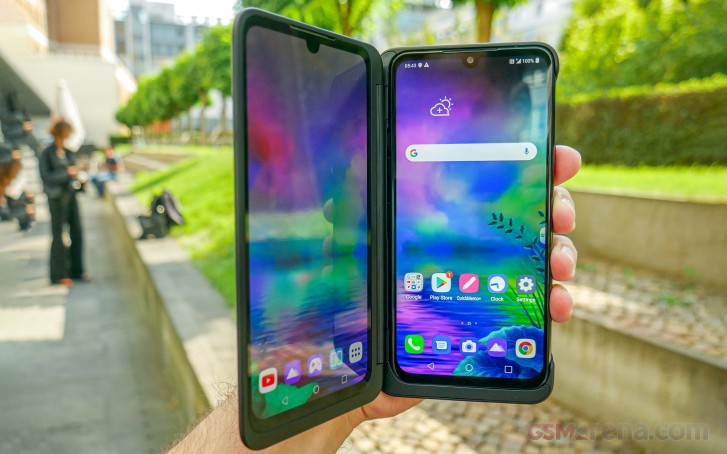 LG says that you may find the bundle sold through its wireless partners, "contingent on available promotions and consumer eligibility at those partners", for as little as $300. So if you're interested in this phone and its unique accessory, definitely keep an eye out for your favorite carrier's introductory deals.

The LG Dual Screen is basically a snap-on case that adds a second display to the device, which is the same size and resolution as the built-in one. Additionally, it's got a cover display that shows essentials like notifications, date, time, and remaining battery life at a glance. With its 360-degree "Freestop" hinge, the Dual Screen can lock into any angle.

The G8X looks far more interesting than the Samsung Fold. My main issue is the lack of single app support across both screens. I would love a dual-screen phone that would allow me to read double the word count on an ebook or article. If LG could make...

No doubt, Innovation wise LG is one of the best phones around, who introduced wide angle lens and manual lens in mobile phones, finger print sensor at the back. But lg need to concentrate more on battery issues and OS update issues. No security patch...

So does this mean Europe won't get this either?