LG is now seeding Android 4.4.2 KitKat software update for the G Flex. That's a bit earlier than even LG's original plans, which it unveiled a few days ago, but we don't mind at all. 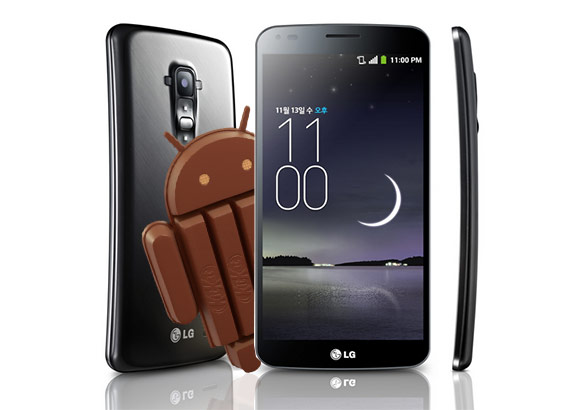 Users can now enjoy LG's Knock Code feature as well as improvements to the Bluetooth Car-Kit. It will now display notifications as new messages arrive in addition to album art when playing music.

Sadly, the changelog of the update doesn't mention 4K video recording as it was previously rumored. Here's hoping we see it later down the road as a part of another software update.

To get the update, head head over to LG upgrade center and check Phone version upgrade to see if LG has started seeding it for your particular device.

How to update lggflex on android 4.4.2korean version