Ever since the Note series rose to power and propelled the phablet class to stardom, their reign has only been disturbed once. The first generation of the G Pro, known as Optimus back then, was unveiled as the ultimate phablet in terms of specs, but the patchy market availability and inadequate marketing backup prevented it from reaching its potential. 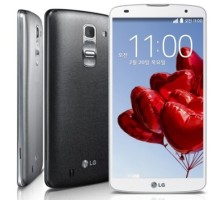 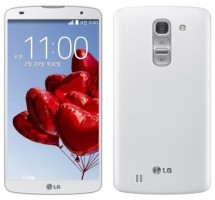 Now, a generation older and a year wiser, LG will be looking to prove that it can learn from its mistakes and produce a device that can finally put a proper challenge for the phablet throne. The G Pro 2 certainly seems to have the right tools for the job: powerful hardware, brilliant screen and minimal bezels, plus a bunch of home-baked software features for an extra bit of exclusivity.

The LG G Pro 2 gets quite a lot of things right, and while it's only able to match the Galaxy S5 for processing power, its innovative design should help tip the scales in its favor. Rear-mounted buttons may seem like an odd solution at first sight, but everyone who's handled the G2 will tell you that once you get used to them, you realize that they are actually a truly inspired bit of engineering thought.

Then there's also the camera that matches the Galaxy Note 3 unit for resolution and video recording and one-ups it with optical image stabilization. Given that low-light performance was the Achilles' heel of the Samsung phablet, this might be the right ingredient to turn a solid camera into a flawless performer.

This is certainly going to be an exciting battle, and one that will potentially shape the mobile landscape. And we're lucky to be watching from the front row. Join us on the next page for the hardware inspection.

I have an internet connection error.please help me to repair it, it's only works in wifi connection.

Ya it is best mobile phone