LG G Pro 2 appears in a couple of leaked images

LG has officially confirmed that the successor of the LG Optimus G Pro will be called LG G Pro 2. Apart from that, the South Korean manufacturer did not reveal any other details regarding the hardware specifications and the overall design of the upcoming phablet.

Fortunately, we now have a duo of leaked images, of the G Pro 2 to fill in some of the blanks. The live images suggest that he device will sport a design quite similar to the company's current flagship smartphone, the LG G2. The phablet will feature buttons at the back and its functionality is said to remain largely similar to the G2. 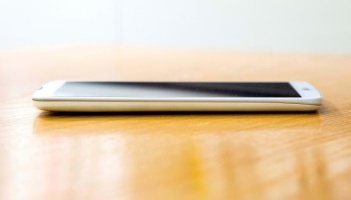 LG G Pro 2 is rumored to sport a 6-inch Full HD display and is expected to be powered by a Snapdragon 800 chipset. If the rumors are to be trusted, the phablet will feature many home-baked software goodies such as Knock, Guest Mode and QSlide.

LG has designed the G Pro 2 to rub its shoulders against the likes of Samsung Galaxy Note 3 in an attempt to establish its maker as a major player in the phablet market. LG says the announcement is coming at the Mobile World Congress, which kicks off at the end of February. We'll naturally be covering it all live, so don't forget to tune in when the time comes.

Yes! This is great! I will be waiting for it. Hope LG will make this upcoming flagship smartphone a big bang in 2014! :)

in your dreams bud, Sony is class apart apple gets influenced from sony's design and quality and youre talking about LG.. hahahahahahah