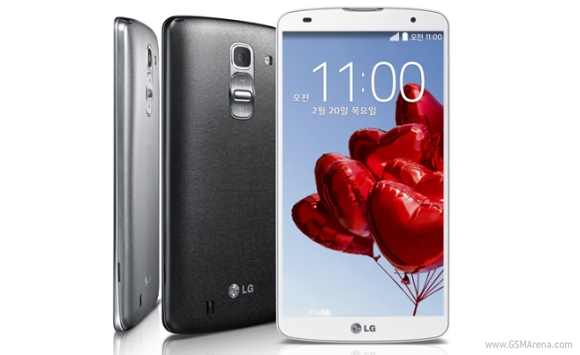 With a power/lock key and volume rocker located on its back, the LG G Pro 2 follows the design language which was introduced with the LG G2. The phablet will be available in three colors – black, white, and titanium. 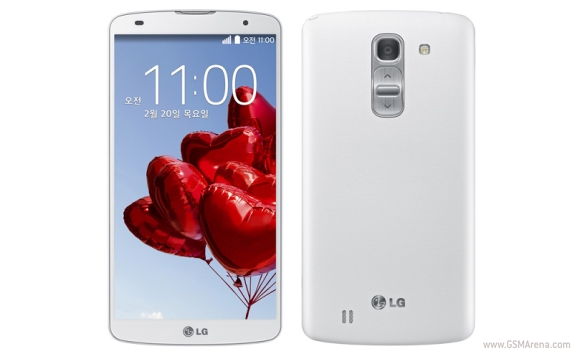 The LG G Pro 2 packs Qualcomm Snapdragon 800 SoC with 2.26GHz quad-core CPU and 3GB of RAM. There are 16 or 32GB of built-in memory, which can be further expanded via microSD card slot. Connectivity options include LTE-A, Wi-Fi a/b/g/n/ac, NFC, Bluetooth 4.0, SlimPort, and microUSB port.

The 13MP camera of the LG G Pro 2 features enhanced optical image stabilization (OIS+) and the option to adjust the focus of a photo after its capture. Video recording capabilities include 4K UHD and 720p @ 120 fps. The front-facing camera is a 2.1MP unit.

LG G Pro 2 boots Android 4.4 KitKat. LG has added a host of new features to its proprietary Emotional UX. Knock Code is one of them – it allows user to unlock his/her device by knocking on its display using a specific combination.

There’s no word on international pricing and availability of the LG G Pro 2 just yet. LG will showcase the device during MWC this month, so be sure to tune in for hands-in impressions.

You wish.... How long do you think it will take G Pro 2 to update to Android 5 AFTER Note 3. BTW Note 2 is already on Kitkat and it's 'killer' does not yet have an official road map to get the update. For the folks who think that people who cry f...

Its bettter than all others. (y)