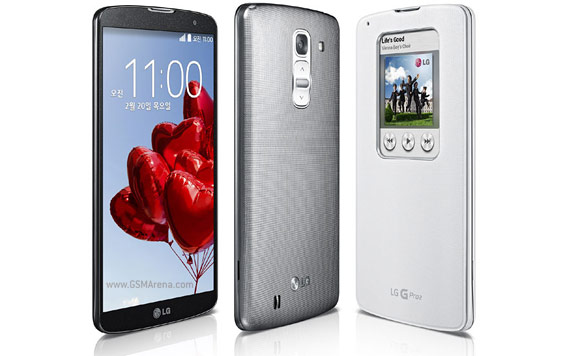 The 5.9" phablet will come out in its home market first and then start to spread out, reaching other Asian countries in March. Europe and the US will have to wait  the telecom officials only said "much later." Initial information was for a May launch, later revised to "not before April".

why do people says note3 was boring or not good at all?...well maybe they cant afford to have it hahaha...good to know i have my note3-lte...and for sure im gonna get that g pro 2 hahaha...

Looks like the g2 with a bigger screen or is it supposed to :S

I will buy this tomorrow.