The gallery on the LG G Pro 2 is quite similar to what you get on most Android devices, including a resizable list of thumbnails. There's support for full-res images, which results in a pleasant viewing experience on the ample and sharp screen.

Images on the LG G Pro 2

The gallery on the Samsung Galaxy Note 3 has a similar layout with images divided into albums. Once you get into an album the Note 3 gives you a sidebar with all other albums. You can wipe it away and browse only the images in the selected album but the sidebar is a much appreciated alternative for faster browsing.

Images on the Galaxy Note 3

Both devices are great for enjoying your images on. The screens on each are great in terms of sharpness thanks to the 1080p resolution and ample size.

Viewing an image on the G Pro 2

When viewing an image on each you get a scrollbar on the bottom with all other images in the album. Both have Share shortcuts above the images. The Samsung Galaxy Note 3 does offer varied stylus-specific interactions. You can use it to scribble and annotate on top of images.

Viewing an image on the Note 3

As for editing the Samsung droid has many built-in options while the LG one relies on Google Photos, which also has a robust list of options and effects.

The LG G Pro 2 comes with a video player that shows all videos on the device as thumbnails. Those thumbnails are static and not animated like on the Galaxy Note 3. The video playing interface offers a time scrubber, a lock function that locks the screen against accidental touches and finally, you can pull out the playlist of all videos on the side while simultaneously continuing to watch the active video.

Watching a movie on the LG G Pro 2

The video player on the Samsung Galaxy Note 3 offers a list of videos with the last played video on the topmost spot in the app interface for easy access. One of things we adore about this player is that video thumbnails are animated and move while you're browsing the app.

Watching a movie on the Galaxy Note 3

Both manufacturers have their instance of the pop out video originally put forth by Samsung with Pop Up Play. It lets you watch a video while still being in full control of the smartphone - browsing the homescreen or app drawer, browsing the web, etc. LG's version is dubbed Smart play.

And we're well aware of Samsung's Pop Up Play.

Both players have impeccable codec support and we had no issues with either. Also both have support for subtitles, letting you choose which subtitle file you wish to use.

Both the Samsung Galaxy Note 3 and LG G Pro 2 have pretty similar music players on tap. Both sort music by artist, album, playlist and folders.

Both have equalizers with either presets or custom adjustment. Both have 7-channel equalizers available too.

Now playing on the Galaxy Note 3

Each phone has its own individual perks, though. The Samsung Galaxy Note 3 has the Adapt Sound. It calibrates the sound depending on your headphones by sending a myriad of beeps in your ear to see which ones you hear.

The LG G Pro 2 has the ability to increase or decrease the pitch and speed of your listening experience. 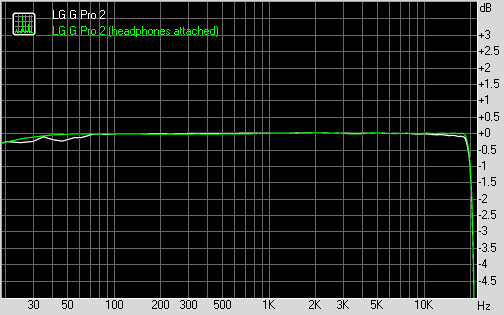 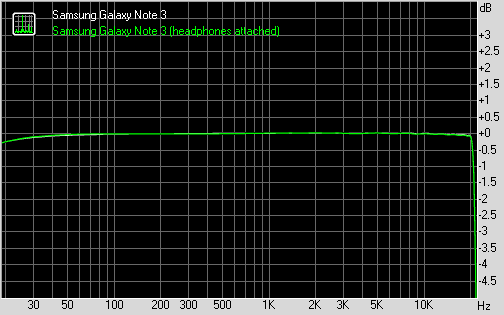 Winner: Tie. There's hardly anything to separate those two with the slightly higher stereo crosstalk of the Note 3 with headphones attached compensated by its somewhat louder output.

Moving on to the loudspeakers. In our test the Samsung Galaxy Note 3 got the better result which is pronounced in all three segments of the test - music, voice and noise sounds. The difference isn't drastic but will be audible.