On paper there's very little to separate the contenders we have in this review. Both sport identical resolutions and sensor sizes. The aperture numbers differ but not by much and shouldn't play such an important role in the end results. The wider focal length of the LG G Pro is slightly visible but, again, the difference is pretty minimal.

Naturally we've prepared a bunch of crops for you viewing pleasure. They represent a 100% look into samples we took simultaneously for a better side by side comparison.

Starting with good light. The detail levels are almost on par but the Samsung Galaxy Note 3 exhibits a sharper image. In turn it looks like the LG G Pro 2 lets less noise into the image in good light.

Colors generally present warmer on the Note 3 but one can say they are truer to real life on the G Pro 2. There's slightly more detail in the shadows on the Galaxy Note 3's image while highlights seem the same. 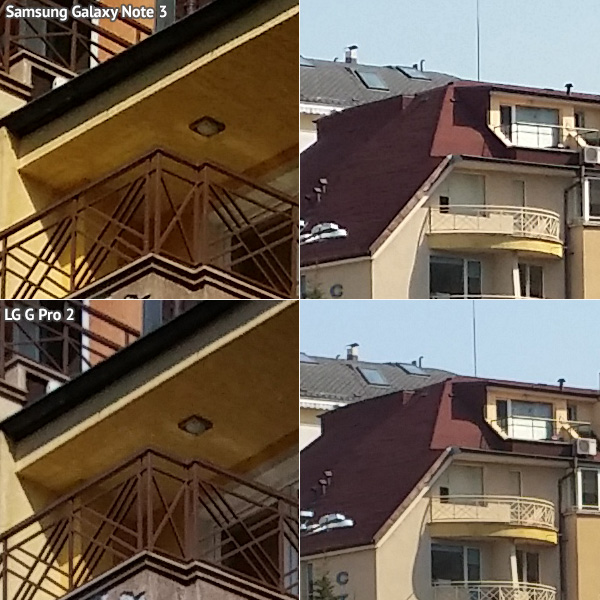 The LG G Pro 2's tends to expose the scenes a bit higher than the Note 3 - but only barely so. You can notice the shadows and highlights are ever so slightly brighter. 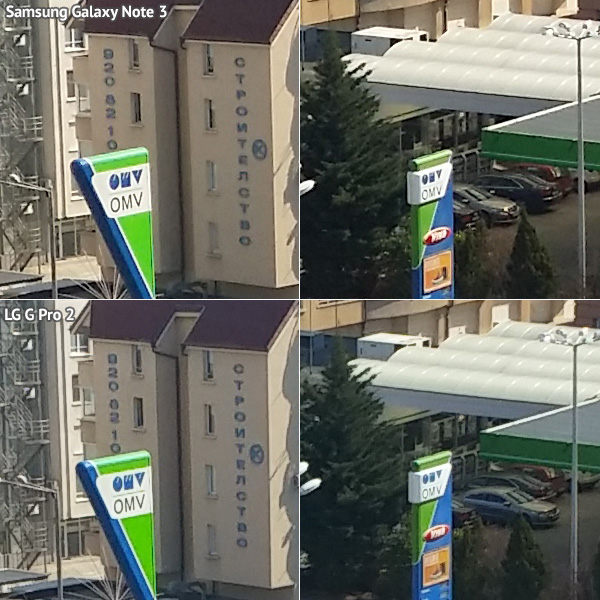 Winner: Tie. Both devices offer a great deal of detail in good light. The Samsung phablet goes for sharper results but some might prefer the softer, more natural-looking photos of the LG G Pro 2. Our LG G Pro 2 review unit has some corner sharpness issues but this may as well be a unit-specific problem.

HDR mode captures two images with different points of exposure and combines them together. It is best used in scenes with contrasty light - super bright areas and deep shadows, which the camera sensor would otherwise fail to register simultaneously successfully.

Below you can see the difference between a normal and high dynamic range image taken with the Galaxy Note 3.

The darker part of the scene is much better exposed in the HDR image. The same can be said about the building in the background and the sky behind it where you can see traces out detail that are missing in the first sample. 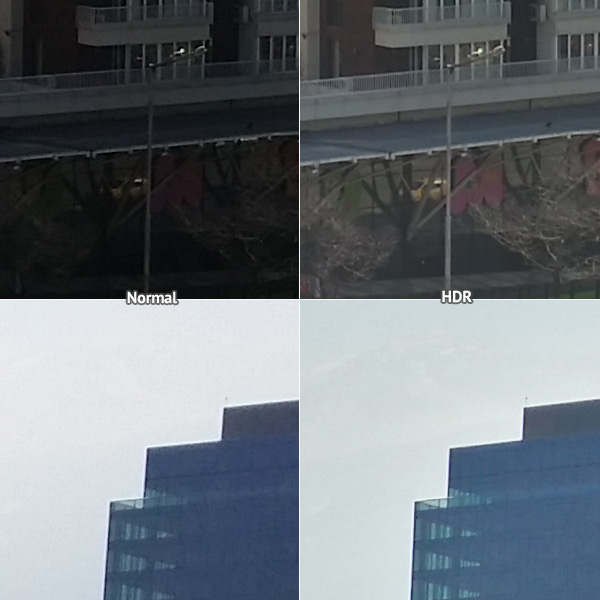 Moving on to the LG G Pro's Dynamic Tone mode (HDR). To begin with the LG G Pro 2 chose an exposure, which privileged the darker parts of the scene to begin with, so the difference between normal and HDR mode isn't as dramatic as on the Note 3. Detail in the HDR image appears slightly softer than on the Galaxy Note 3. The building and sky in the background don't really benefit much from the multiple exposures.

Overall, the LG G Pro 2's normal exposure is superior to that of the Galaxy Note 3 but its HDR falls slightly short compared to its competitor. 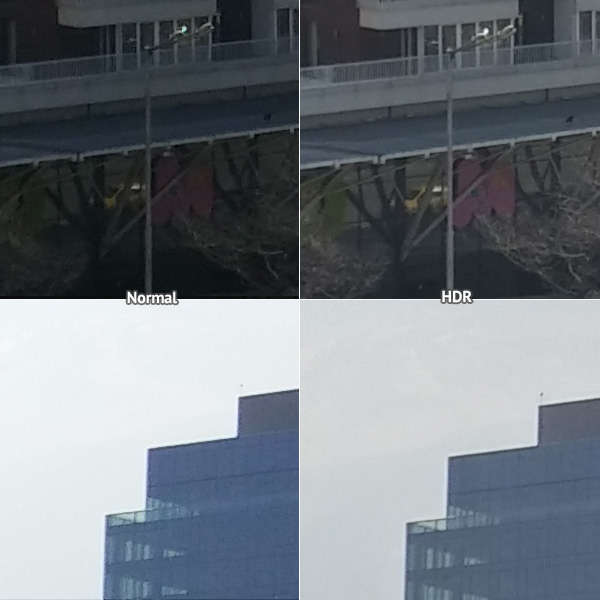 Winner: LG G Pro 2. The Samsung Galaxy Note 3 is certainly good in brightening up the shadows, but the result is a bit washed out and less contrasty than we like. The LG G Pro 2 HDR photos have better and more natural looking shadow areas. The phones are equally good in recovering the highlights.

Moving on to low light. We captured a couple of images in low light without and with the built-in flashes. We prepared an all-round best sample from each - as you know, in low light not all shots are keepers.

In this scenario most of what we've said so far carries over. In the normal mode the Galaxy Note 3 goes for a sharper image, while the LG G Pro 2 offers a softer approach. The detail is almost exactly the same once again but slightly in favor of the Samsung phablet.

When the flashes are turned on the LG G Pro 2 has the advantage. Its flash is stronger and produces the more natural-looking result. Better light results in higher detail as well. 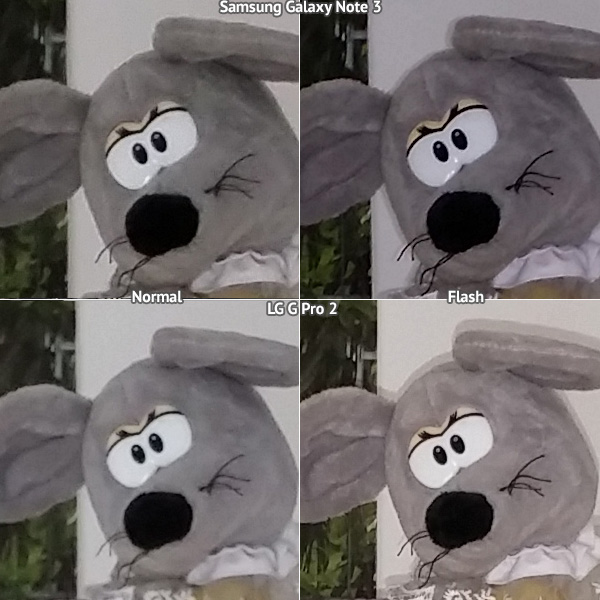 Winner: Tie. The Samsung Galaxy Note 3 produced a little more detail without a flash while the LG G Pro 2 was better with a flash.

To sum up, both the Samsung Galaxy Note 3 and the LG G Pro 2 offer excellent balanced 13 MP shooters that will be great for that picture moment. Detail is plentiful on both, colors are pleasing and there are more than enough modes to go around if normal shooting isn't enough for you.

Here go the full resolution samples we used from the Samsung Galaxy Note 3.

And here are the normal and flash sample in low light from the Galaxy Note 3.

And the low light normal and flash images taken with the LG G Pro 2.

And if you need some more pixel peeping you can check out our dedicated photo quality comparison tool below.