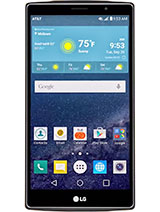 hey guys how do flash this phone lg g vista 2

Sara, 10 Nov 2016Did. Not like Horrible speakers I went to a concert recorded a song crackling people can't he... moreI hate this phone the battery life sucks its very slow

Adam, 19 Aug 2017Learn how to use the phone and keep the ram clean with a auto memory cleaner app . if you do t... moreWhat would you recommend. Are CCleaner or Clean Master any good?

TRedd, 17 Dec 2016I love this phone. I purchased the LG G Vista 2 from Wal-Mart earlier this year. I love the pi... moreLearn how to use the phone and keep the ram clean with a auto memory cleaner app . if you do that this is as good as any other high end phone out there and your saving money. This is a really good phone for the price .

patrick, 07 Jul 2016I need help on my LG G Vista 2. It turned itself off and now it wont stop flashing the 0 perce... moreI have this same problem. What did you find out?

This phone is a piece of crap, especially if you use a Gmail account!! DO NOT BUY THIS PHONE!!!

This phone has had problems for the last 4 months. Four occasions of unable to make calls, emergency only 11/22/16. Wife's phone has no problem.
Calls have been dropped at least once a month. Unable to type fluidly, must wait for typing to catch up. Very slow app response times, battery usage has dropped 40%. Does not recognize my external HDD card. Gets very hot when charging. Drops wifi connection without warning and takes repeated connect requests to re-obtain...sometimes never connects even tho wife's iPhone does. Every few days I get message saying wifi hotspot must accept terms of use, go to browser, fails. Internal compass not calibrated to skymap...unable to correct.
Screen rotation often locks.

Carol, 15 Sep 2016Yes! I got mine yesterday at AT&T and the date on the box was from 2 months ago. It alread... moreI love this phone. I purchased the LG G Vista 2 from Wal-Mart earlier this year. I love the picture quality and the default ringtone and the flashlight and the option to minimize or make the screen smaller while I'm texting or typing if I want to use just one hand to type since the phone is so big. I even love the stylus pen that comes with it and the fact that the power button and volume button is located on the back of the phone. No side buttons!! This phone has more storage than the LG G Vista and I can share photos and information with another device just by touching the phones together. Chargers aren't hard to find for the phone. Mostly everyone I know use the same charger I use. I have no problems with my speaker or Bluetooth headset. Love it Love it Love it

Anonymous, 26 Nov 2016The lg vista 2 is a great phone other than as of late i have been not to happy with the way it... moreif you open your phone, pull and re-insert your sim card, that stopped duplicate msgs for me.

The lg vista 2 is a great phone other than as of late i have been not to happy with the way it has Ben actin like when I send text messages and only want to send one it doubles it and sends 2 of the sane one like for example I was textin a friend of mine and I thought it only sent the text 1 time no it sent it 2 x's so I go to delete the second one and it deletes both of them. The second thing that I'm not to happy bout with it is the same thing with the photos when I got delete on it deletes the second one as well and I don't take notice to it till I go through them and repose o I don't have the original of that photo So it deleted bot the original along the second one

Other wise I absolutely love this phone

I recently switched from a Samsung Note 2 to this phone. One feature that is harder to use that my old phone is Call Reject. It is buried under Settings/Networks/Call. You can set numbers to reject there, but with my old phone all I had to do was press and hold on a number on my Call Log to get the options to save the number to contacts, to reject list, etc. This one only gives me delete options when I press/hold a number from my call log.

Did. Not like
Horrible speakers I went to a concert recorded a song crackling people can't hear me when I talk they say my voice is crackling I took it back to AT&T they told me that all Vista 2 phones are the same the speaker is no good they gave me a new phone after I complained about it I have exactly the same problem the speaker in this phone is no good please try I tried recording from my car stereo and the sound is no good

Nice looking phone but my calls get dropped all the time, the battery runs out fast and takes to long to charge

chai, 07 Nov 2015commonly the problem on LG phones is the screen all of a sudden just freezes and cannot turn t... moreSame problem with my 6 month old LG V10. Will not turn on and boot up. Get LG screen and then it goes dark.

For all the update questions here is the answer:

1. This phone was updated to Marshmallow(Android 6.0.1) in April, but you need to be a AT&T customer with an "Active AT&T sim" to get the update.

I got the G Vista 2 from ATT last month to replace my G Pro which lasted 2 years. The G Vista 2 was $10 a month for 24 months. I usually buy phones that are the last years model because they are so cheap. It had poor battery life until I turned off Bluetooth and WiFi. Now it lasts all day with power to spare. My only complaint is the when it rings, sometimes the screen does not light up. So I have to press the "On" button on the back to see who is calling. I also wish it would ring as loud as the G Pro. Overall it is fine.

AnonD-538490, 18 May 2016Is this phone upgradeable to marshmallow?Yes! I got mine yesterday at AT&T and the date on the box was from 2 months ago. It already had Android 6 on it. And if not, it can be upgraded through software update. I'm used to spending seven or eight hundred dollars on a phone and this one was less than 300 and works better than the more expensive ones. I wish it had a bigger battery. But all in all it's the first phone I've had in almost 12 years where there is no Echo or problems with sound quality. And the speaker is nice and loud. Definitely would recommend. I don't know why some people are saying bad things about it.

First when I bought it I was really excited - so large screen, nice resolution. After a while I was pretty disappointed: there are many bugs in this phone, many times you cannot put it for recharging as it does not recognize it, you have to remove the battery to initiate the cold restart. The sound is extremely loud and can not be regulated. Definitely I will be changing it for a different phone.

AnonD-538490, 18 May 2016Is this phone upgradeable to marshmallow?No this phone is running lollipop