LG G Watch goes on sale across the world today

LG is proud to boast that its first smartwatch running Android Wear has gone on sale on a global scale.

The G Watch should now be available both online and offline in the United States, Canada, France, Ireland, Germany, Italy, Spain, the United Kingdom, Australia, India, Japan, and South Korea. It's also out in 15 additional countries (among which LG names Brazil, Mexico, Russia, Singapore, and New Zealand), though in this case only "at retailers". 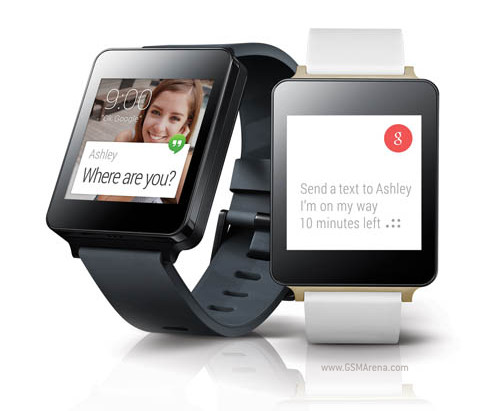 The wearable can be purchased from the Play Store in those countries in which you can buy devices straight from Google. Pricing will vary according to market.

In the US, the G Watch was actually expected to be out today, and it's been priced at around $229.

The LG G Watch is water and dust resistant (being IP67 certified), and it comes with a 1.65-inch 280x280 touchscreen. It's powered by a Qualcomm Snapdragon 400 chipset with a 1.2 GHz CPU, backed by 512MB of RAM. It has support for Bluetooth 4.0, 4GB of built-in storage, and a 400 mAh battery. 9-axis sensors complete the package, which is offered in White Gold or Black Titan.

It might eventually - it'd need some huge improvements first though. Battery life being the big one.

I am still waiting for my Gear Live to arrive. Are you going to do some development for these Android wear devices? I already wrote a Calculator wearable app. I am going to write some more. I like the fact that you can just add wearable code to ...