According to ETNews and ZDNet Korea, LG is planning to launch the G Watch R in South Korea on October 14. However, a local online retailer is rumored to have stroke a deal with LG and offer the watch exclusively for a week, starting tomorrow. 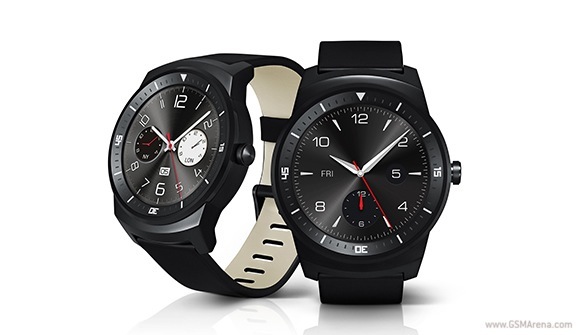 As for the suggested price, the LG G Watch R is believed to be slightly more expensive than its G Watch rectancular brother. The rounded watch will go on sale for about $332 (KRW 352,000), compared to the original G Watch, which costs $250 (KRW 270,000).

The reports state that LG hasn't decided about pricing and availability of other regions just yet.

The LG G Watch R has a rounded screen complete with a 1.3″ rounded POLED (plastic organic light-emitting diode) 320 x 320 display, Snapdragon 400 chipset and a 410mAh battery that will reportedly be able to endure for one day and a half to two days with the always on feature enabled. The watch is also IP67 certified

That page is gone now, are you sure? where is it for sale?

This do look like a watch unlike others a small screen with a strap.

It just starts selling. http://shop.olleh.com/weblogic/AccssPdCtgryServlet?flag=PD_DTL_VIEW&pdCd=3126982 Looking forward to getting it on hand in Australia. This must be now best in the market all over the world. Don't compare with...