The US-bound LG G Vista is going to Asia as the LG Gx2. It's a 5.7" phablet that replaces last year's LG Gx but with less impressive specs. The screen is an IPS LCD with 720p resolution and the processor is a 1.2GHz quad-core (most likely a Cortex-A7) with 1.5GB RAM.

The phablet runs Android KitKat with LG's latest UX, Knock Codes and support for LG Quick Circle Cases. There's LTE-A connectivity and a 3,200mAh battery to power it all. 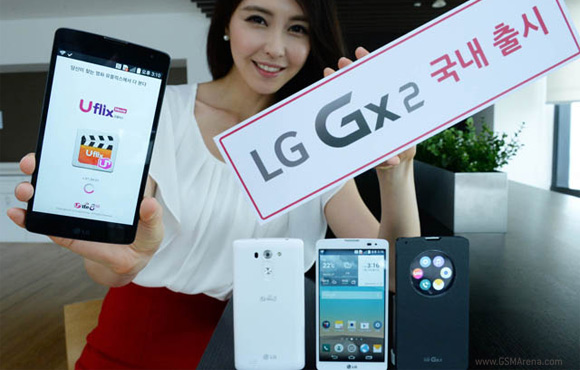 The camera on the LG Gx2 is an 8MP shooter with Laser focus, which uses IR light to achieve accurate focus quickly even in poor lighting conditions. There's also a 1.3MP front-facing camera.

The Gx2 measures 152.1 x 79.2 x 9.1mm and weighs 165g and comes in either White or Black. The phablet will launch on September 18 but pricing info will be revealed later on. This model will likely stay in Asia, there's no word on an international version.

Judged on its own merits, absolutely not. I meant that it's a great phone for whoever's needs it fits. FG