LG introduces Quick Voice to compete with Siri and S-Voice

Not wanting to be left behind in the voice control game, LG is now also introducing its own brand of voice recognition system, called Quick Voice.

Voice controlled features in mobile phones are nothing new and we've had them for quite a while now. But Apple stirred this stagnant area when it decided to add Siri to the iPhone 4S. The difference between Siri and others was that you did not have to give out a specific set of instructions and can have a natural conversation. 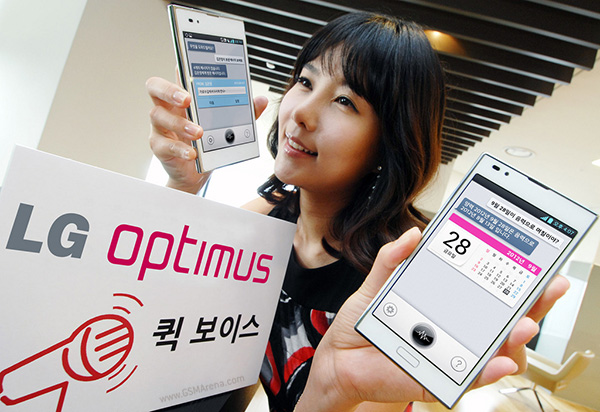 Now suddenly, everyone is trying to incorporate this feature in their mobile devices. Samsung has already added it in their flagship Galaxy S III, which they call S-Voice.

Quick Voice works basically the same as Siri or S-Voice. You can talk naturally to your phone and ask it to do things like check the time or the weather, search the web, make phone calls, search YouTube, make quick notes, create calendar events, etc.

Unlike Apple and Samsung, however, LG won't be restricting this feature to a single device but will be adding to its current Optimus range starting from the end of June through July. As of now, however, there is no information available as to which particular Optimus devices will be getting this update.

I find all these voice control apps quite ridiculous! :) I must also add that my language is not suppored in any of these apps. But anyway, more functions the better! :) And if you don't like them, you can always disable them or just not use th...

Are u sure LG is 'ripped product'. Do u know that Apple screen is provide by LG. And all other parts some by Samsung, and some others company. They only have their own software IOS, then combined it so called 'Apple' thats all. Now many 'apple' use...