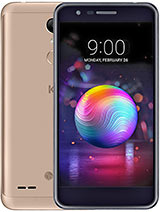 Anonymous, 16 Aug 2020My current phone. Maybe not bad for the price, but overall pretty bad. It is very slow and has... morePls the phone is how many sim card

My current phone. Maybe not bad for the price, but overall pretty bad. It is very slow and has way too less storage. I have a gorilla class on the screen, when i dropped the phone the gorilla glas was fine but the actual screen broke.

i had this phone since december of last year and i'm not dissapointed in lg
i love this phone it made all my videos and photos look decent for only ~30000 huf about 100 euros
it works great and it does its job!
great phone for its prize!

After buying it and using this phone for about six months, i downgraded to another phone from a different company, not very known. Price was less, BUT, the phone worked better than this one, when it came to game play, Youtube play, online video players of other sites. Also, this phone with his quad core 1.5 + another quad core of 1.0 worked SLOWER than the other phone, which had octacore 1.3, Now, release date for the other phone was oct.2016, while, this was July 2018, and, i was expecting that this phone to be better. Sorry to say, for me, this phone was a total disaster. Might be good for others. Best of luck !

I just bought it from where I work, I'll keep you updated as I do not trust the LG brand ...

Had this phone for less than 3 months and very dissapointed.
Youtube has scroll bug
SCREEN cracked after phone slid out my pocket while sitting down.
Total waste of $$

i had LG MS345, i like,
changed to Samsung J4+ AOS8 i dont like,
i like more LG AOS version, i like better,
Samsung J4+ has best screen, best touch screen "the only that works wet", but does Not have compass, Nor finger print,
K11+ has fingerprint & compass, but Not all Compass Apps work, there is 1 very good, from Axiomatic Inc.
i only miss that does Not have NFC...
i have a 2GB RAM version with 32GB internal storage, but is detected as 1.8GB weird, & 32GB i have used 13GB in Apps.
LG QuickMemo+ i like, is LG version of Microsoft OneNote, but i like more LG version.
Finger Touch on the back is useful, i can use different fingers, Not limited by 1 finger like other Phones.

In Brazil, i pay R$647, in a magazine sale. Good Phone for normal use.

manybe it is a reliable chipset

It should be better build than older ones, i hope.
Completely new product prices are always high.

Wait "honor" sells a device with almost same specs called the "honor 6C Pro" or "V9 Play" depending on your region with almost exact same specs to around 200eur and you are trying to sell us this with a 0.1" bigger screen for 70eur more? Sorry LG but that is not very competetive unless the camera and screen is vastly superior quality? O3O

Total of 25 user reviews and opinions for LG K11 Plus.
ADVERTISEMENTS