LG is gearing up for another mid-range as evidenced by the just leaked K31. It popped up on the Google Play Console along with its key specs and an image of its front. 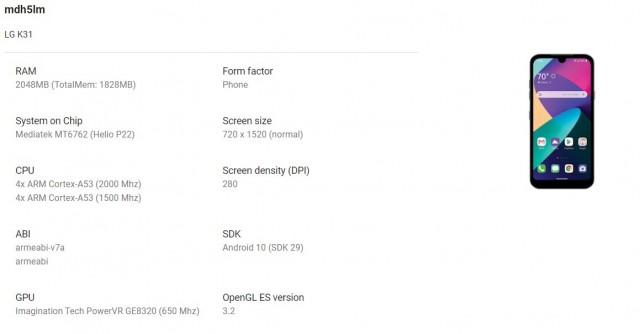 A screenshot from the listing

The LG K31 comes with fairly thick bezels and a waterdrop-style notch on the top. The panel is IPS LCD with 720 x 1520px resolution. A MediaTek Helio P22 sits behind the wheel aided by 2GB of RAM. The system runs on Android 10.

Sadly, there's nothing else about the phone but the listing itself suggests that the K31 is nearing launch.

maybe when it's so cheap

LG has already launched this LG K31 in the U.S.A