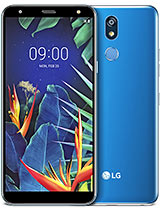 Anonymous, 13 Mar 2022My LG k4o when u call is not coming but i can make calls so what us the problemThe guy who said he can't make call with his lg k40....the problem is the network band. Change the band from LTE/3G/2G to 3G/2G

Hmmmm, mine has a Snapdragon 450, not a Helios P22..... I wonder if there's some connection between the super negative opinions and the trash Mediatek CPU that is apparently in some of these.
Mine's been "ok", getting ready to replace it with something that's hopefully alot better though.
For whatever reason this phone uses a 32-bit version of Android, and some apps I want to run require a 64-bit version of Android....... something to keep in mind also.

This phone is really bad, I opened youtube just to go browsing for videos and now im permanently stuck on the loading icon without being able to turn it off in any way possible, it glitches, freezes, has terrible audio, and is non-functional most of the time but this has to be the worst its been

Dont know y so many bad reviews...Phone has been excellent in all respects for 2 years now!

This phone is terrible, just battery is solid

This phone is garbage, just got one for free from AT&T because they are shutting down their 3G network. Brand new from box, it was loaded with bloat ware and even after I deleted tons of useless apps it is still super slow. Opening apps or even responding to texts takes forever and it seem incapable of running more than one app at once. I can't listen to an audiobook and open almost any app without it shutting down one or both. My old phone from 2017 was much better. As an afterthought the camera is also total garbage, very grainy and the editing tool is basically worthless.

I have this phone for 2 years now. IT IS SO GREAT. At this price point, I still can't believe how good it it for day 2 day browsing, social media, e-mail, navigation. It is fast, does bot freeze - I did RESET it once when it seemed slower, it's fine now.
The screen is bright with nice colors. The LG LG UX 7 user interface IS THE BEST ON THE MARKET! Really!
The 16 MP camera is very good (NO PANORAMA though - it's in the specs but could never find the option). Low light pictures are low quality.
The build quality is VERY good and solid, does not flex. I love plastic back cases.
The battery life is VERY GOOD with the efficient Media Tek Helio P22.
EXCELLENT LG PHONE! It's my third LG. So sad to see them leave this business! :(

This phone has been garbage since I took it from the box. Freezes, heats up abnormally fast, system updates are annoying as heck. Sometimes I get update reminders every two seconds. Insists I only use wifi for updates. I have unlimited so have no interest in also paying for a mobile hotspot. Doesn't system update after I go through all your stupid hoops. Still freezes up after it decides to update. Puts multiple apps I don't give 2 craps about on my phone without permission. Usually mindless, stupid games. Of course, if I want to trade this garbage in for a different phone I still have to pay the trash off.

I absolutely despise of this phone. It struggles doing the simplest of tasks like loading a chrome page or reading a fingerprint. The rear camera is ok but the front camera is horrendous. The microphone for calling and recording has no noise cancellation and has terrible quality. Texting is fine just laggy like the whole phone. Durability is good though.
Pros: Cheap, durable.
Cons: Slow, laggy, camera and microphone quality are horrendous.

Just like first review, laggy doing nothing on it. Sometimes takes 1 min to just read my fingerprint, 1 minute. And then when I get to the desktop i click on fb and it tkes 30 seconds.to read.my tap and 10-20secs to load. It is just a laggy pos

Anonymous, 19 Aug 2020I have the k40s This is by far the worst phone I have owned! It freezes doing the simplest t... moreThis review is spot on.

I love this phone great picture , sound and good service with wifi . I haven't had problems but every phone is made by different people. You never know what you're going to get. Take a chance though.

Once restored doesn't want to take a sim card

Dont like the phone at all When i got it First thing i looked at was the storage and %80 Was already taken up! System takes up to much storage Everything else is good but the storage

How is this phone for night time pictures and how do I change the settings for picture taking. Takes great indoor but I have a very hard time getting night pictures.

for the first year it was ok only memory storage problems towards the end that metro pcs fixed. This year it started shutting down even with a full battery and not turning back on for hours and now for days even after doing a reset. this is the last of the k series that I am buying I had problems with the 20 and the 30 so each time I upgraded this time I'm either going with another brand or another phone altogether.

Anonymous, 19 Aug 2020I have the k40s This is by far the worst phone I have owned! It freezes doing the simplest t... moreMine works excellent, I have never had any problems

The phone needs more memory. If you move between tabs on chrome they will refresh thus losing anything that you were in the middle of on another tab. I have determined this to be a memory issue. Screen also randomly dims if a colorful ad or image comes up when scrolling.

I have the k40s
This is by far the worst phone I have owned!
It freezes doing the simplest things!
The 4g and wi-fi is just for shame!
I have to restart the phone 3-5 times a day just to get the internet working again.
I constantly have to restart apps.
Bluetooth is problamatic..
Just DON'T waste your money on this shit.

Total of 48 user reviews and opinions for LG K40.
ADVERTISEMENTS