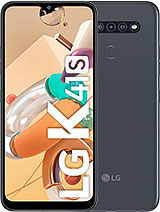 Ok, so I get that it is a cheap phone...
But seriously, the lag on this phone during normal operation is unbearable.
I found the price of Samsung phones to be getting just too expensive I have been a dedicated user of Samsung for 15 years, but thought they were pricing themselves out of my range.
This LG has reshaped my thinking, I am really disappointed with it.

The performance of this phone is extremely poor. It struggles to even operate its own operating system smoothly. I bought this phone because I had a really good experience with a budget motorolla. The motorolla phone had less ram, so I thought this LG phone would be a good upgrade. I was completely wrong. It sometimes takes five or six seconds for the phone to process that I have pressed 'dismiss' on the alarm, meaning that I can be out in public and the alarm keeps going and going long after I've pressed dismiss two or three times. Want to take a really good photo? Good luck getting the phone to open the camera app before the moment is gone. Gameplay is completely inconsistent. Sometimes it performs adequately, but randomly the same game will be completely unplayable. That includes after I have closed every app, turned off wifi (so that nothing is downloading/updating in the background), and restarted the phone; The performance issues persists even after taking all of these recommended steps. "Life's good?" Life was better before I owned this phone. I will never purchase an LG product again and have advised the retailer where I bought the phone that they should not be selling this defective product.

It’s a decent, low end smartphone for a pretty cheap price. It has quite a few issues with lagging when pressing on an app, unlocking the phone or even trying to lock the phone, though not enough to really interfere with use. Camera is low end but okay, and the screen looks decent enough. One major plus is the battery life, I could get almost two days of pretty heavy use before charging, and it had decent speakers as well so yeah. Great for what it’s worth, but don’t expect anything high tech.

This phone has Android 10, just got it for 110€ it has MicroSD + 2 Sim card slots, got an OS upgrade and swipe gestures.

The LG K41S is the worst phone I ever had. Had many other Smartphones before 2 Samsung, 2 HTC,1 Sony,1 Huawei. It is just super laggy. Whatever you do it takes a few seconds for it to recognize. You want to write a message and have to wait 5 seconds for the keyboard to appear. You unlock the phone and it does nothing for 5 seconds until finally it unlocks. You hit an app and it does not open...you have to wait so long that you already hit the screen 5 more times to open the app. Its very very frustrating. Will never buy LG again.

Hey i've been wondering how do you use screen share on this phone i've looked for options in settings i've downloaded apps but non have worked anyone got beteter luck than me?

i have this phone for a few months.. very weak to water damage, had a cup with water spill on it and the screen + headphone jack died and needed to be replaced which practically total losses this.

Theres this thin line. That has appeared on my screen just 3days after using LGk41s..should i be alarmed

great value for money, even greater value for great battery due to hd+ screen BUT cant install a google or google go camera with night sight/mode due to hardware limitation. Anyone had any luck?

Am using lG k41s within 4 days having problem with loudspeaker. I book for OBF I don’t have any interest with that phone.but l love that phone its too big 6.55

Anonymous, 19 Feb 2020Yeah, but it only has 3GB of RAM, an LCD display, and 720p resolutionThat's perfect about it though. Saves so much battery life.

Total of 21 user reviews and opinions for LG K41S.
ADVERTISEMENTS