LG unveiled the K7 and K10 smartphones at Consumer Electronics Show (CES) earlier this month. A week after that the company revealed plans for the entire K-Series, which also includes the K8, K7, K5, and K4. Now, the K4 has been spotted listed on LG's Russia website. 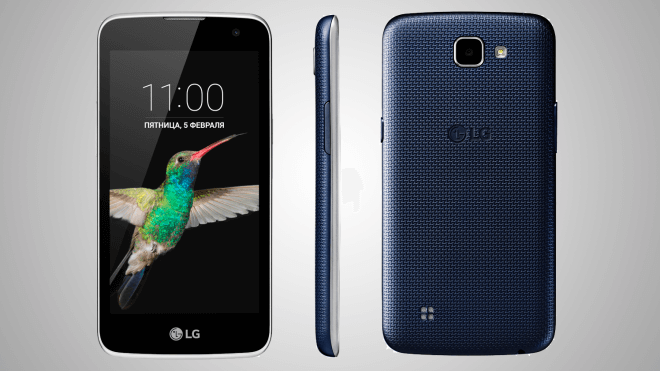 The listing reveals that the device is powered by a MediaTek MT6735M SoC and sports a 4.5-inch (480 x 854 pixel resolution) IPS display. RAM is 1GB, while internal memory is 8GB, although expandable. The device packs in a 1,940mAh battery.