LG has announced a pink color variation of their highly successful LG Renoir cameraphone. The pink Renoir is obviously targeted for the ladies, but the best part is that it's actually the updated KC910i model, which was presented at the MWC 2009 this February.

LG KC910i Renoir is not too functionally different from the original Renoir, which we reviewed not too long ago. The only major difference is that the KC910i comes with Push Email through Wi-Fi support, which the original Renoir lacked. 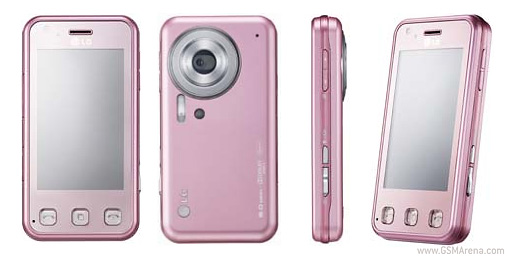 Initially, the LG KC910i Renoir was announced in black color only. The major design change is the redesigned lens cover, which is now automatic instead of manual.

For the time being, the LG KC910i Renoir in pink appears to be only available in the UK, but a safe bet is it will hit the rest of the European markets too.

it is so pretty in pink and i so love it

whens this coming out