At MWC 2014, LG showed off their line of L Series III handsets, which the L35 was a part of. The L35 wasn’t officially announced at the event, but the device has shown up on LG’s official German website, meaning that it is indeed, real.

Now the specs aren’t really much to write home about, as it is an entry-level Android handset. It comes with a 3.2” (yes, you read that size correctly) display, a 1.2 GHz dual-core Qualcomm Snapdragon 200 processor, 512MB RAM, 4GB internal storage with a microSD card slot, a 1,540 mAh battery, a 3MP primary camera, and it runs on Android 4.4 KitKat. Expect a dual-sim version of the device to hit stores, just like other handsets in the L series. 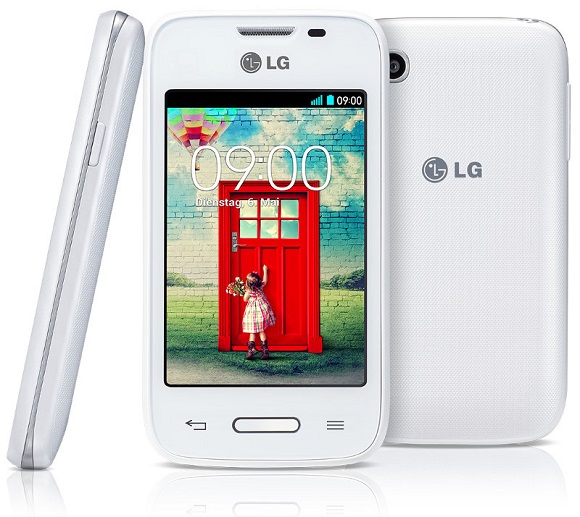 You’ll be able to snatch up this little guy in either black and white color variants, and as per usual, expect a wider variety of color options if the handset initially sells well. There hasn’t been a price or specific release date announced yet for a worldwide LG L35, however, the device is apparently available in Brazil for R$399.

Thanks to Renato Oliveira for the tip!

I'm glad someone is making small phones again, I hope it has a decent screen resolution. I would also love a high spec, well made phone to replace my old Sony Xperia Ray but I don't think this is it.