LG L80 specs and photos leak ahead of announcement

LG unveiled its affordable L Series III range of smartphones at this year's Mobile World Congress and the line-up consisted of three devices - LG L90, L70 and L40. They will soon be joined by a fourth member, LG L80 Dual and today we get to see how the upcoming mid-ranger looks like.

We got images of the dual SIM version of the L80, which comes with four capacitive touch buttons - back, home, menu and multi-tasking at the front. We assume the single SIM L80 will feature a physical home button as seen in the earlier trio. 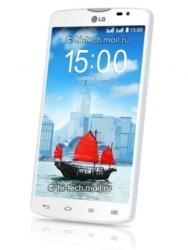 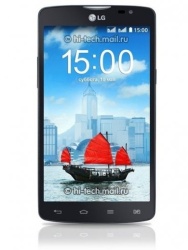 Along with the leaked images, we do have some information regarding the hardware specs of the smartphone. LG L80 will sport a 5-inch display with a resolution of 800 x 480 pixels. The smartphone will be powered by a dual-core processor clocked at 1.2 GHz along with 1 GB of RAM.

There will be 4 GB of internal memory with the option to expand it via microSD card. The L80 runs on Android 4.4 KitKat out of the box and packs a 2,540mAh battery. On the software front, the device comes with the company's proprietary feature - LG Knock Code, which allows you to unlock your smartphone by tapping on the screen in specific pattern.

Lastly, we know that the LG L80 will be available in black and white color options. Unfortunately, there is no word on how much the device would cost, but we will know more when it goes official.

Mmm... I guess because you don't need to waste any space below the screen for capacitive buttons, making possible using a bigger screen in the same body dimensions? I am strongly against on-screen buttons on earlier versions of Android, but immersive...