Here's another proof that the hardware QWERTY droids are not completely on the way out, folks. LG LS860 has leaked in a blurry shot. The device, which is internally known as "Cayenne", is bound to hit Sprint Wireless's LTE network later this year. 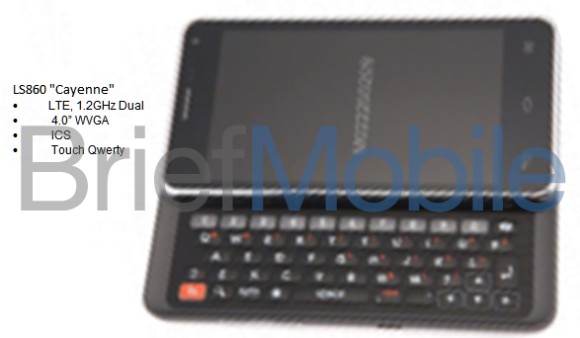 Some specs of the LG LS860 have been revealed as well. They include a dual-core CPU and Qualcomm Snapdragon S3 chipset, 4-inch WVGA IPS screen, LTE connectivity, Android ICS, and, of course, a slide-out QWERTY with five rows.

Still have my Nokia N97. Just for the slide out keyboard and FM transmitter :)