LG Nexus 5X gets the leaked press render treatment too

A very short while ago we showed you the first leaked press renders for the upcoming Huawei Nexus 6P, and now it's time for the other 2015 Nexus to be portrayed in all its glory.

The LG Nexus 5X will come in three color versions (unlike the Huawei Nexus 6P's four), and they are white, black, and "ice blue". You can get an idea of what these look like in the second leaked render below. 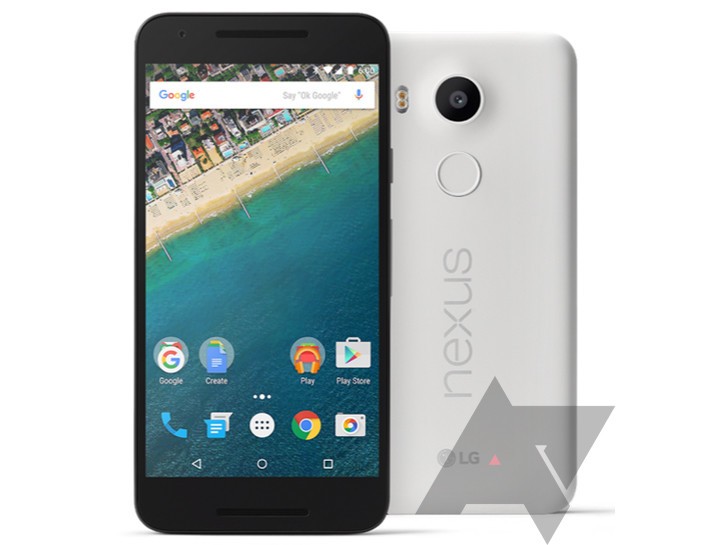 The Nexus 5X features front-facing stereo speakers, a fingerprint scanner on its back, and a laser autofocus system for its main camera alongside the dual-LED flash. Material-wise we may be looking at polycarbonate here, whereas the Huawei model could sport a metal unibody construction. 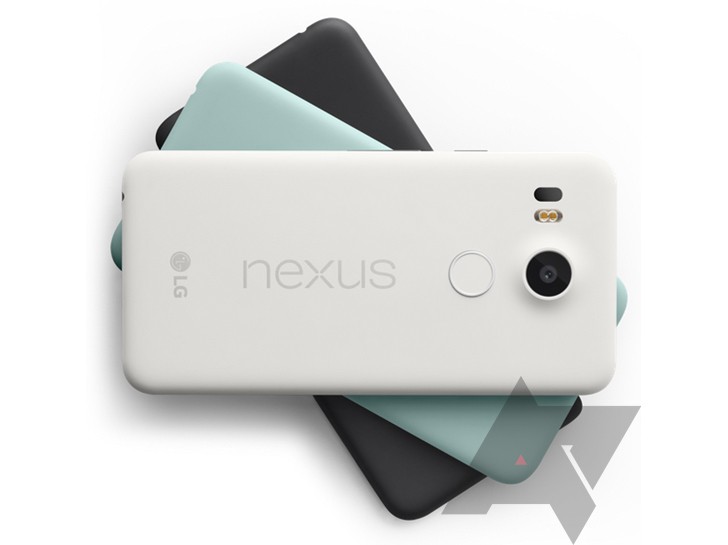 Previously leaked specs for the LG Nexus 5X talked about it having a 5.2-inch 1080p touchscreen and Qualcomm's Snapdragon 808 running the show with its hexa-core CPU. The handset will also come with a USB Type-C port, a 12.3 MP rear camera, a 5 MP selfie cam, 2GB of RAM, 16GB base storage, and a 2,700 mAh battery. It will run Android 6.0 Marshmallow.

The Nexus 5X and Nexus 6P will be unveiled by Google at an event next week, on September 29. The Nexus 5X could be priced from $400.

Why would you need 3 or 4 GB of RAM? Will you run 3 high demanding 3D games simultaneously with 10 background applications open? Don't be so foolish, please...

Wow that is cool

When 400 us dollar equivalent to RM 1300, the distributors charged RM 2199 for Nexus 6 in Malaysia. Now 400 us dollar is equivalent to ~RM 1700+. Don't know how much money they will charge for this new generation nexus phones. Google, please make a d...