The LG Optimus 3D is LGs new flagship, which can both capture 3D video and play it back on its screen glasses-free. 3D content is sparse right now and LG has now cut a deal with YouTube, which will allow users to watch 3D YouTube videos on the phone and also upload and share the videos captured by the Optimus 3D stereoscopic cameras.

The LG Optimus 3D can shoot stereoscopic 3D (S3D) photos and S3D 72p videos, which you can view on the 4.3" glasses-free 3D display. The phone will be announced today at the MWC and it will be the first to support YouTube 3D. 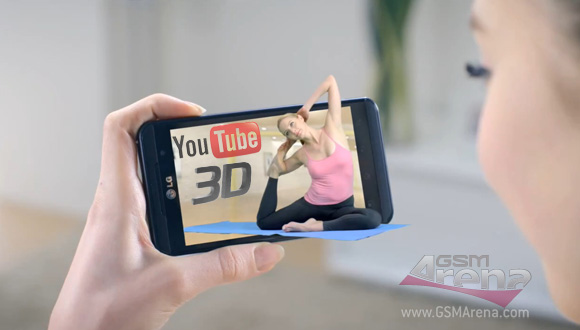 You can view 3D YouTube videos from their site but right now only anaglyph 3D is supported, which requires glasses and cannot provide a full-color experience.

With the LG Optimus 3D however, users will be able to watch 3D videos from YouTube without glasses and with untouched colors.

Sharing videos from the Optimus 3D on YouTube is the other big part of the deal, providing lots of 3D content for users to watch.

A slide from the LG press conference at MWC 2011

The LG Optimus 3D will be available worldwide in early Q2 2011 starting with Europe.

no difference between the kind of color and pictures, fast delivery.Seller service attitude is very good, and things look good. . . .The owner is very patient, I am very satisfied or received.

This is what I have been searching in many websites and I finally found it here. Amazing article. I am so impressed. Could never think of such a thing is possible with it...I think you have a great knowledge especially while dealings with such subjec...