The super slim Optimus Black packing the bright NOVA display will cost around €430 when it goes on sale in Singapore in April, but you can already pre-order it in the UK for a similar pricetag. This means that the Black is going to be easier on your wallet than the Optimus 2X, which is going to cost around €500.

The Optimus Black might become available as soon as this month via T-Mobile UK. CoolSmartphone even managed the sniff out information about its pricing. The smartphone will be offered for free on a two-year contract with plans starting from £25.54 a month. 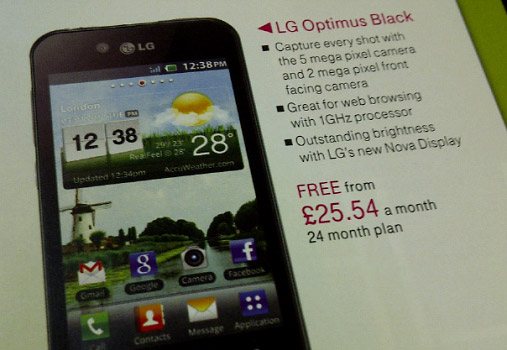 There's another option for those who don’t like the idea of being tied to a contract. Expansys UK offer you to pre-order the unlocked version of the Black for 460 euros, but its availability is scheduled for 18 April.

The price is too high, try to reduce it other wise it is too tough to sell.