We were checking our email inbox today and, oh joy, we've received an invite from LG for an August 7 event in New York. The invite tagline is Great 2 Have You, which clearly point to the star of the show - Great 2 Have You!

There seems to be little doubt that the smartphone to be unveiled is the LG Optimus G2, the heir to the popular Optimus G. The new LG flagship will likely bring forward a 5.2" 1080p display and an optically-stabilized 13 MP camera as well as a Snapdragon 800 chipset and on-screen buttons with a revamped Android 4.2. 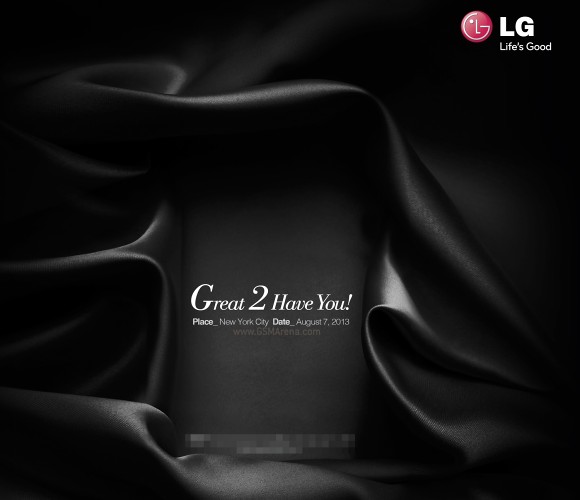 There's also the official video teaser, which arrived alongside the invitation.

We'll be there to cover the event as it unfolds so stay tuned.

I'm willing to switch to LG if this phone would impress us.