With less than a week left until its scheduled unveiling, the full specifications of the LG Optimus G Pro for AT&T emerged, together with a press image. The handset will go official next week, on May 1st, at an event in New York City. 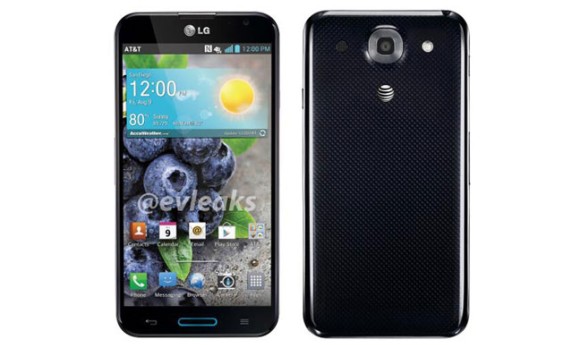 The specifications of the US bound LG flagship are mostly in line with those of its Korean sibling which we extensively reviewed. They include quad-core Qualcomm Snapdragon 600 chipset, 2GB of RAM, 32GB of built-in memory, microSD card slot, and a 13MP main camera.

Curiously however, the US version of the LG Optimus will sport a Full HD IPS display panel, as opposed to a True HD-IPS+ one in its Korean sibling. Naturally, the US version will support different bands in order to play nice with AT&T's LTE network.

Software-wise, the AT&T LG Optimus G Pro will ship with Android 4.1.2 Jelly Bean, enhanced by the usual host of LG software tricks. AT&T's own additions are said to be kept to a minimum.

We will be live from the US LG Optimus G Pro's unveiling next week, so be sure to tune in for the full scoop on the device.

what is the price of this phone

yeh i got it but it disapointed me with 4g / lte support it is NOT international support bands ..

my my first LG phone im truly satisfied with my Optimus G. excellent camera,excellent design,excellent performance,excellent batterylife and price. its worth to buy this phone no regret... i was impressed !