It seems that LG are keeping true to their word, as the LG Optimus TrueHD LTE is at long last available in Europe.

The device, which has only been available in North America and Korea until now, had previously been announced by LG for a limited European launch in three markets: Portugal, Germany and Sweden. 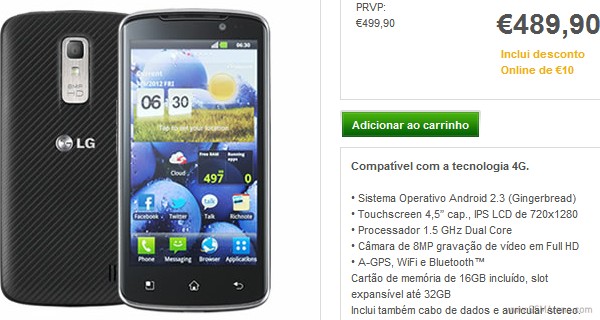 We'll let you know if we hear anything else about the other markets of the TrueHD LTE – namely Sweden and Germany.

Thanks Gonçalo for the tip!

Im getting mine tomorrow in sweden

The phone is already available here in Sweden. See: http://www.prisjakt.nu/produkt.php?p=1233553

It started selling in Hong Kong 2 weeks ago at about the same price.