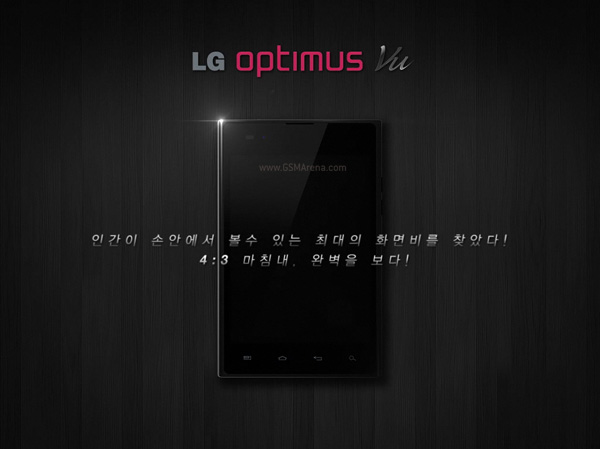 The rest of the specs aren't official yet but we have heard it will have a 1024 x 768 resolution display, a 1.5GHz, dual-core Qualcomm Snapdragon processor, 1GB of RAM, 8 megapixel camera, 8GB internal memory, NFC and (sadly) Android 2.3 Gingerbread.

It's unclear at this point whether the device will be limited to the Korean market or if we will see it elsewhere as well.

i too think that 4:3 is not that bad, it has its pron's, gaming and such, and if you put goeorgeus IPS LCD's of an AH type, well you have even more reasons to be happy about, it's ppi of 250 is not that bad either, just 300pp would have been nicer im...