LG has announced that it has partnered with HERE Technologies to develop a next-gen telematics solution for autonomous vehicles. The solution - a data communications hub - will be combination of LG's telematics tech and HERE's map data and location services. 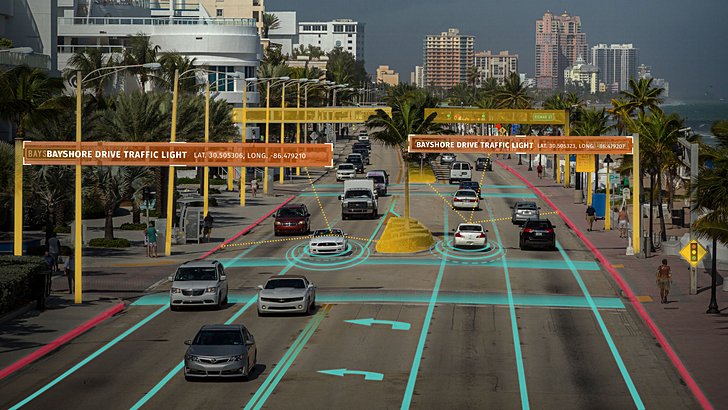 "When fully developed, telematics will play a key role as the communication hub for autonomous vehicles," LG says in a press release. "First, sensors in the vehicle’s ADAS – comprised of cameras, radar and lidar – read the surrounding environment and send the data to the cloud along with information on nearby vehicles collected via V2X (Vehicle-to-Everything)."

"All the information gathered is repeatedly analyzed and transmitted to the telematics systems of vehicles for customized driving information."

HERE, for those who aren't aware, was formerly a part of Nokia. In 2015, the company was acquired by a consortium of automotive companies, including Audi, BMW, and Daimler. For the complete press release, head to the Source link below.

It's the best offline map but definitely not the best online map. Useful when travelling through a state. a country or a continent; you can just download the whole continent's map and use it offline and not worry about data in rural areas. Heck, you ...

I think here maps is very good for directions compared to google maps and apple maps that I have compared it to.

Correct on all counts. Before Nokia bought it, it was Navteq. Others including Intel (15%) were announced in December 2016 as buying a stake too. I have here maps in my volvo and they are not the best, partly due to a serially cumbersome interfa...