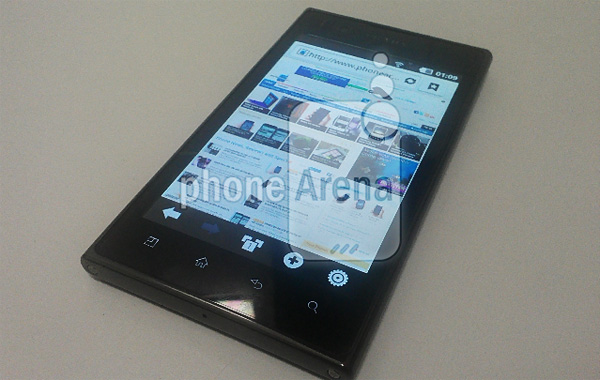 The LG Prada K2 is the third in LG Prada series of handsets, the first being the KE850 launched back in 2007 and the second one being the KF900 that came out in 2008 donning a QWERTY keypad. The K2 goes back to the candybar form factor and looks quite thin too.

On the front we have a large 4.3-inch touchscreen TFT display. It uses the NOVA display technology and offers over 1000 nits of brightness. Above the display is a 1.3 megapixel camera and below are touch sensitive keys that suggest it won't be running Ice Cream Sandwich out of the box.

On top of the device is a backlit power button, a USB port under a sliding cover, another button whose function is not clear and a headphone jack. The volume control buttons are on the left of the device. 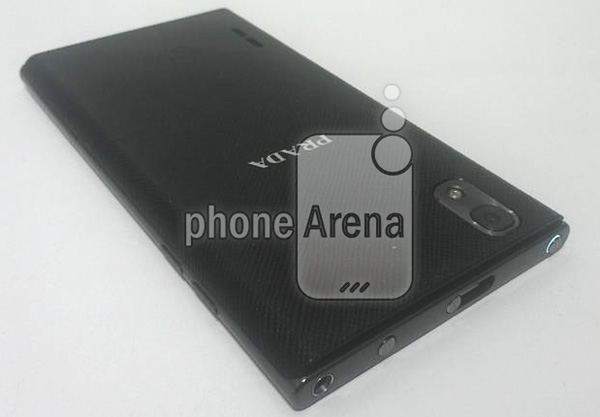 On the back we have an 8 megapixel camera with an LED flash that can probably do 1080p video recording and a loudspeaker on the bottom.

Underneath it is said to have a dual-core processor and HSPA+ connectivity.

No other information is known at this point.

i'm so diappointed :( i had both pradas and was waiting for the third one. and it look so ordinary like every phone. even now razr look much better. and no qwerty?? 1,3 mpix?? android?? so so sad :(

every body who says this phone is a copy of n9 is wrong.lg is one of the best in terms of design and they dont need to imitate ugly nokia phones.look at the backside of the n9,it looke like lg optimus 2x but we see nokia logo rather than google lo...