July 11 is the date LG Q6 will see the light of day. Yet now thanks to a unit that was benchmarked on Geekbench we get to learn some of the specs of the mini version of the LG G6. 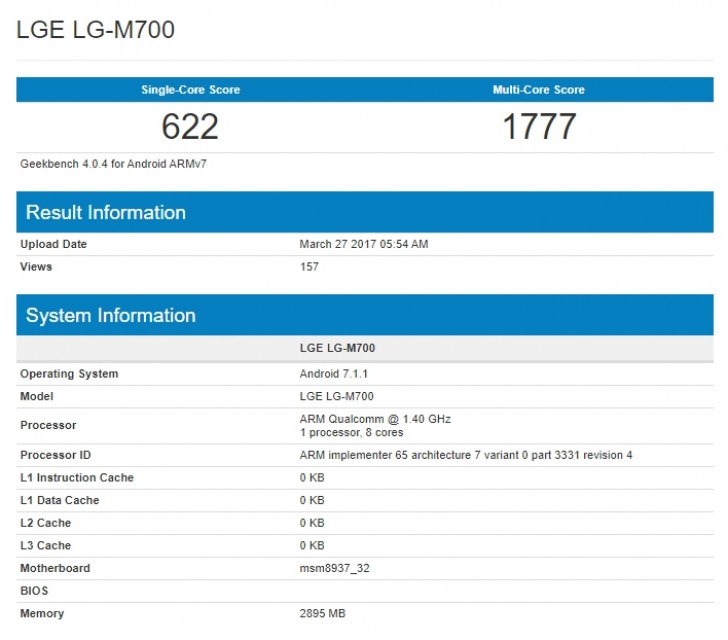 Score-wise, the single core result is 622, while the multi-core one is 1777. The numbers are nothing spectacular but you couldn't expect much more given the modest chipset.

According to previous reports, the LG Q6 should come with 5.4” screen, but the Full Vision panel with 18:9 ratio is only a rumor at this point.

I was hoping for some competition between S8 mini, G6 mini and XZ1c. Well, that's one phone down from the contest, before it even started. Seriously, s430? At least put s660 inside, otherwise GTFO. I hate having no options to choose from.

Why its so big.Best is Lg g5 in the size.

Yes those are my only gripes about LG phones other than bootloops, its UI/UX.