LG Q7 shows up on Geekbench with Helio P10

LG trademarked the Q7 moniker back in March with the Korean Intellectual Property Office, meaning a new affordable device is on its way. Now the phone allegedly got tested on Geekbench, confirming that it will arrive with the modest Helio P10 chipset. 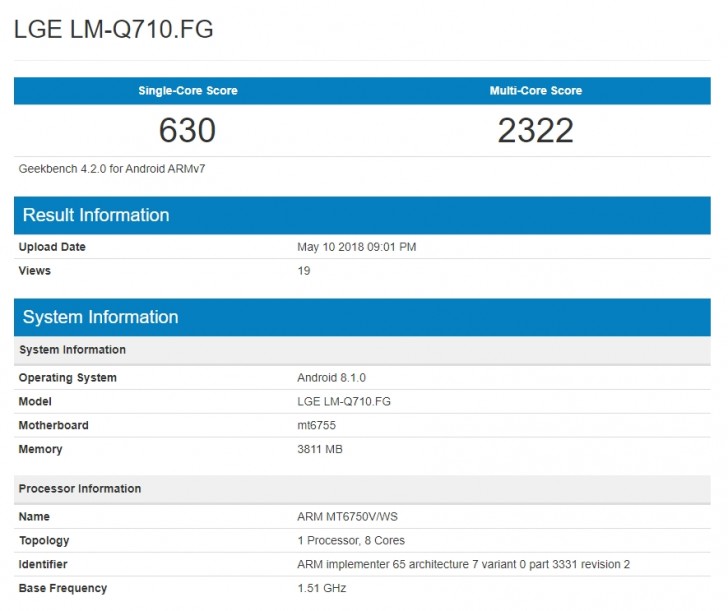 The LG Q7 got a 630 single-core score and 2322 on the multi-core test. Sadly, we can’t compare the phone with other devices, powered by the MediaTek chip because of the massive differences between Geekbench versions. RAM is listed to be 4 GB, while the Android version is 8.1 Oreo.

The phone is most likely to arrive as a mini version of the LG G7 ThinQ, just like the LG Q6 was a mini LG G6. On the other hand, LG Q8 is available for almost a year, and it is a lite version of the LG V20, so the Korean company might decide to push the Q7 as a more affordable variant of the LG V30s ThinQ.

Hmm. The Q6 was very similar to the Stylo 3 Plus in specs. I wonder if that means the Stylo 4 is going MediaTek? As long as the performance is slightly better than the Snapdragon 435 and battery is better then that's all I'll need to know.