We’ve been hearing about LG’s upcoming 5G midrange phone ambitions for a while now including the LG Q92 5G which appeared in several leaks so far. Now, tipster Abhishek Yadav is providing us with a list of the Q92’s key specs complete with an image of the phone.

The device will carry a 6.7-inch FHD+ display with a punch-hole cutout just below the top bezel. As expected, it will be powered by the Snapdragon 765G chipset paired with 6GB RAM and 128GB storage. 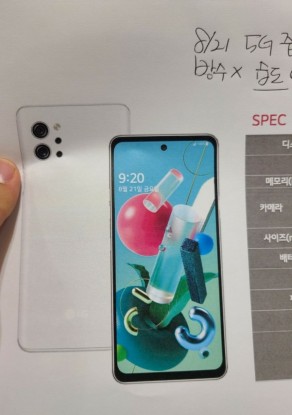 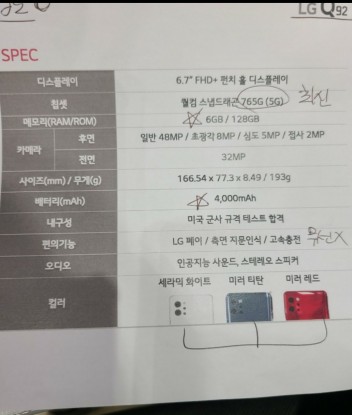 Around the back, the Q92 will carry a 48MP primary camera alongside an 8MP ultrawide module as well as a 5MP depth sensor and 2MP macro cam. The selfie cam housed in the punch hole will come in at 32MP. We’re also getting a side-mounted fingerprint scanner and the phone will come in at 8.49mm thickness and will tip the scale at 193 grams.

The battery will come in at 4,000mAh while the software side will be covered by Android 10 and LG’UX interface. The LG Q92 5G will be offered in Ceramic White, Mirror Titanium and Mirror Red colors. All that’s left now is pricing and availability details which will be revealed at the phone's launch.

This sounds better then the Pixel 5! I just hope they start to support the Device unlike my v30 that stopped updating last year

I Think This Will Launch In India Instead Of Velvet With K31s,Q61 Or Q62,etc...(Not Fully Sure).Nearly 6 Phone Are Going To Launch In Upcoming Days Including This Month.