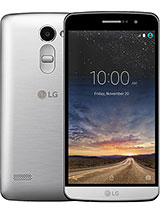 This phone is total garbage i hay this phone for two months and i was going to my phone carrier company for fixing every week it kept rebooting al the time they eventually gave me another phone of the exact same model and the same thing happened whiting two days. This was my fist and last lg phone ever

please tell me about this phone camera and headset....???

I'm planning to buy it, i'm reading all kind of bad stuff for this device wich in my opinion is good for the money u spend, always see people compares samsung high end devices with this kind of phones, people talks a lot about phone specs but at the end they only uses it for basic apps, if u want get something better go straight And buy a g5 or s7 And shut up people want get too much for a few bucks cause r the only bucks they have left in their pockets, thanks lg for the different budget phones we can buy

This phone wasn't released to compete with flagships, in fact this phone was released to those areas where 4G is not very common, i wouldn't call this a mid-range phone, this is more like a budget phone. There are many people who wouldn't spend a crazy amount of money over a phone.

its ok but the chips and 1 ram is a fail

3000 mAh with medium performance CPU + low Density LCD = Great Battery life..!!
with a 13Mp camera and 16 gb storage ? (not to mention micro SD slot that some manufacturer omited nowadays -_- )
And of course standard LG Service and Guarantee..
This phone is actually a Sweet spot for ... well for everyone..
as a main Phone..
you can take it and actually USE it for everyday task..
without checking the battery indicator every few hour ( raise ur hand if u do it with your "Megalicious Performance Value For Money that everyone hyped about" Phone :D )
no frantically search for power outlet just after lunch..

Samsung stopped looking phenomenal after S4 and S4. All their phones are just different in sizes and screen features, the apps are the same. Only cool about them are the sides. Waterproof and won't crack? welp some of my friends had XPeria and Samsung with these features but seems that not all phones with these brands are capable to do so.

This phone is really stupid. I mean even the moto G 3rd gen has 2gigs of RAM. LG has no midranger. Instead of releasing such dumb phones LG should focus on building a budget and midrange lineup like all other manufacturers.

I'm still surprised that people are ignoring the fact that it runs on Stock Android, NOT LG's UI.

Running Stock means that the phone can do much better on 1GB of RAM than if it were to have LG's laggy UI.

EDIT: Is this phone running stock though?

dumb and its gonna fail
1 GIG ram for that specs....gudluck LG

LG keeps producing not interesting phones
what does this phone differ from lg class or magna or vista !!
nothing
so , LG please produce different features instead of just changing the name of the phone

Jestreal, 26 Nov 2015Samsung galxy On7 is far better and more cheaper than this box called phone.Another Samsung troll...
the only better thing is 1.5GB Ram > 1GB RAM.
and galaxy on 7 looks so ugly.

Samsung galxy On7 is far better and more cheaper than this box called phone.

Total of 35 user reviews and opinions for LG Ray.
ADVERTISEMENTS