LG, one of the leading smartphone manufacturers in the current market, is reported to have sold more than 10 million LTE smartphones across the globe. LG's aggressive push into the 4G markets has helped the company achieve this milestone. 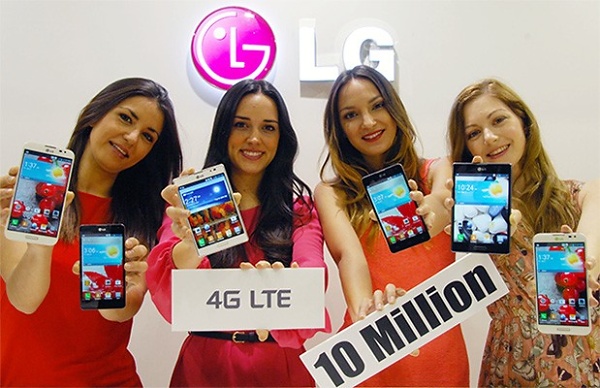 LG's recent success relies heavily on its LTE smartphones and the company's early entry to popular LTE markets like United States, Japan, Germany and South Korea, has significantly played its part in its latest achievement.