Today LG officially introduced their first WP7-running handset Optimus 7. You would think that, being the first company to formally introduce a WP7 handset, the Koreans will have quite a lot to say about it, but obviously this is not the case. All LG gave us was a couple of photos of the device and a few words about its DLNA capabilities.

They even went as far as to remove the Windows logo from the phone. However the design and the naming leave no doubt that it’s the formerly known as LG Panther device we are looking at. The Optimus 7 will obviously also be able to stream 720p videos directly to your TV and that’s about all the info LG were willing to share. 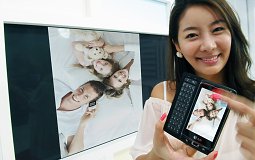 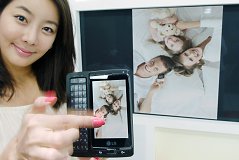 Luckily there were so many LG Optimus 7 leaks so far that we known pretty much everything there is to know about it. You can check out its specs page to see what this one will have to offer.

At any rate the Optimus 7 should be in the shops before the end of the year, so we will have an answer to the final question remaining – pricing.

I wonder why all leaked wp7 till now are all ugly ... all but the asus one.. which was pictured once.. i doubt it will be released

I agree. windows mobile os is dead. Horrible OS. They had forever to stay kings yet they sh*T on their customers. When Android came in they underestimated them thinking it wouldn't succeed. The delay for 7 would have much later if it wasn't for goog...